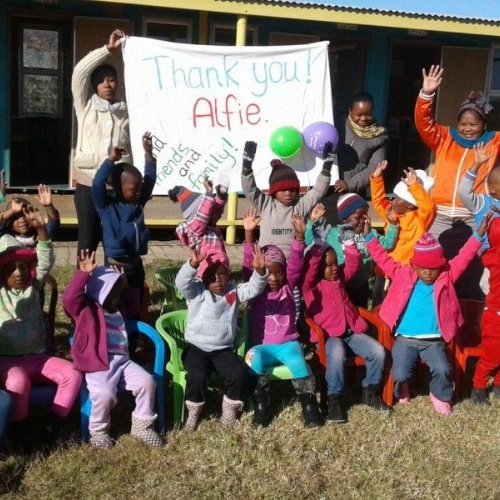 There aren’t many eight year olds who would ask for charitable donations for their birthday; but that is exactly what Alfie Hill did.

The Year 3 Ranby House pupil became inspired after hearing of a family friend who had visited South Africa. On their return, they wanted to raise money to build a centre in Ekewzi, to support local orphans and less fortunate children in the area.

There are currently 30 children enrolled at the centre, and it has become a safe place where the children can: learn, wash, eat, receive clean clothes and hear all about Jesus.

With his birthday approaching, Alfie asked for donations for the charity instead of birthday presents for himself. He raised £160, and the centre sent their thanks in the form of a photo!