Our athletes compete at the NPSA National Athletics Championships 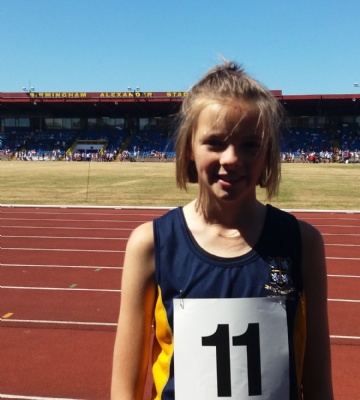 A group of our students represented Worksop College at the NPSA National Athletics Championships at Alexandra Stadium in Birmingham.

Year 8 pupil, Amelia Chrispin had a heavy fall off her bike the weekend before the event. But despite being bruised, sore and tender, Amelia still insisted that she wanted to compete.

“The stadium was quite hot and they combined the two races so it was just a straight final, with 14 x U14 girls racing from all over the UK.”

Year 6 student, George Broughton came a very respectable 6th out of 20 in the discus, improving his distance from the regionals (which was 19.10m) by nearly 3m to 22.08m - just 8cm short of the school record! He also came 10th in the shot-put.

Well done to all our athletes!