Year 11 pupil, Carl Nagtegaal is having a busy half-term, after winning the U16 German National Hockey Championships on Sunday 21 October.

The win came, after Carl and the rest of the team (Frankfurt 1880) secured their place in the final after beating Rot-Weiss Koln 2-1 – with Carl scoring the opening goal.

In the final, on a bright and sunny day, Carl played a significant part setting up scoring opportunities for his team mates. 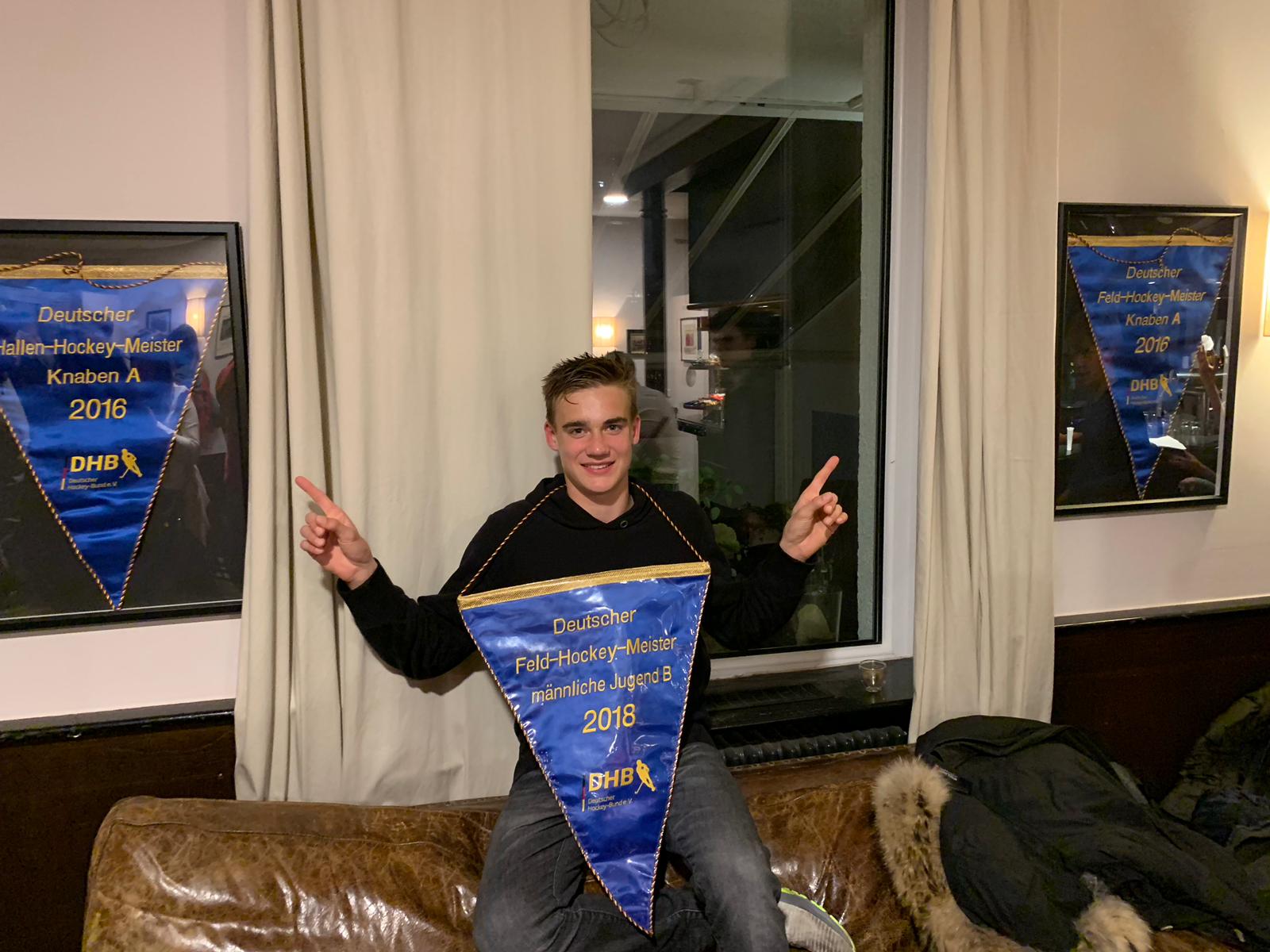 The final score was 2-1 against worthy opponents, Mannheimer HC.

This is now the third title that Carl has won, having previously won at U14 level.