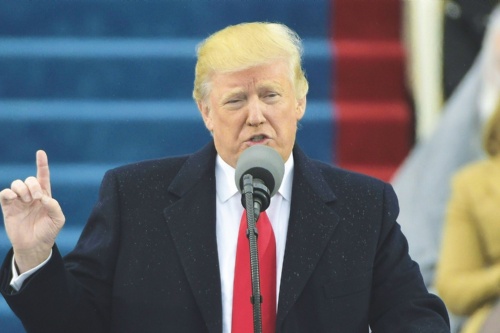 The term fake news was one that many people had not heard of until recently. Fake news refers to the deliberate misinformation of news spread via traditional print and broadcast media or social media.

The term, which was named Collins Dictionary’s 2017 word of the year, is the act of writing and publishing with the intent to mislead in order to damage an agency, entity, or person and/or gain financially or politically.

The rise of fake news

Although the concept is a relatively new one to many, fake news is not a new thing. Rewind back to the Roman Empire, where Octavian famously used a campaign of disinformation to aid his victory over Marc Anthony in the final war of the Roman Republic.

Moving into the 20th century, fake news was used by governments’ during wartime to push forward their own agendas and propaganda.

Prior to the internet, it was a lot more expensive to distribute information and news could be much more easily regulated - enter social media.

The rise of social media has enabled anyone to disseminate fake news. Facebook and Twitter allow users to post, share and actively engage and discuss fake news, making the way news was previously regulated near impossible.

During the 2016 United States presidential election, the creation and coverage of fake news increased substantially, with many critics stating that fake news influenced the outcome of the election.

Studies showed that 62% of American adults get news on social media and many people who saw fake news stories often believed them – with fake stories often favouring Donald Trump over Hilary Clinton.

OK, how do we spot a fake news story?

Education of our students is key. We are aware that students now consume more news through their phones and tablets, rather than traditional media outlets.

We need to teach students to really question a news story and whether it is reliable and trustworthy.

"We should all, every day, critically evaluate whether we believe the things we are told and the things that we believe.

Also, fact-checking sites including Snopes.com and FactCheck.org make it easier to check news stories and have posted guides to spotting and avoiding fake news websites.

As we spend more time on social media, it is inevitable that we will be exposed to fake news, but after backlash from critics, Facebook, Google and Twitter are all introducing measures to strengthen controls over fake news.

“Propaganda has been around since communication began: humans lie for their own advantage, and believe the things that they want to believe. Technological change has made such fakery easier. Some fake news operates at an international level and maybe conflict-causing (wars and rumours of wars), whilst other stories are fear-inducing on an individual level (killer clowns!); either way, their systematic distribution may have specific social and political ends, or could just be mayhem for mayhem's sake.”

The Education Policy Institute's 2017 report showed 95% of 15-year-olds in the UK use social media before or after school, and half of nine to 16-year-olds used smart-phones on a daily basis.

In the meantime, it is up to everyone to educate children and raise awareness on fake news and social media and the impact it can have.

Brighton College have introduced a course that looks at the use of and how their students can identify fake news, more information can be found here.