The Junior Enrichment talks begin with a discussion on hieroglyphics

Dr. Koon delivered the first of the term's junior enrichment talks last week, an enthralling talk on the subject of hieroglyphics and the value of languages in general.

Students left the lecture able to identify the word 'Cat', as well as pondering their own relative inadequacy as linguists compared to Champollion and Young (the two protagonists in the race to translate the Rosetta Stone), who were both fluent in at least seven languages by the age of 14... the average age of those assembled! 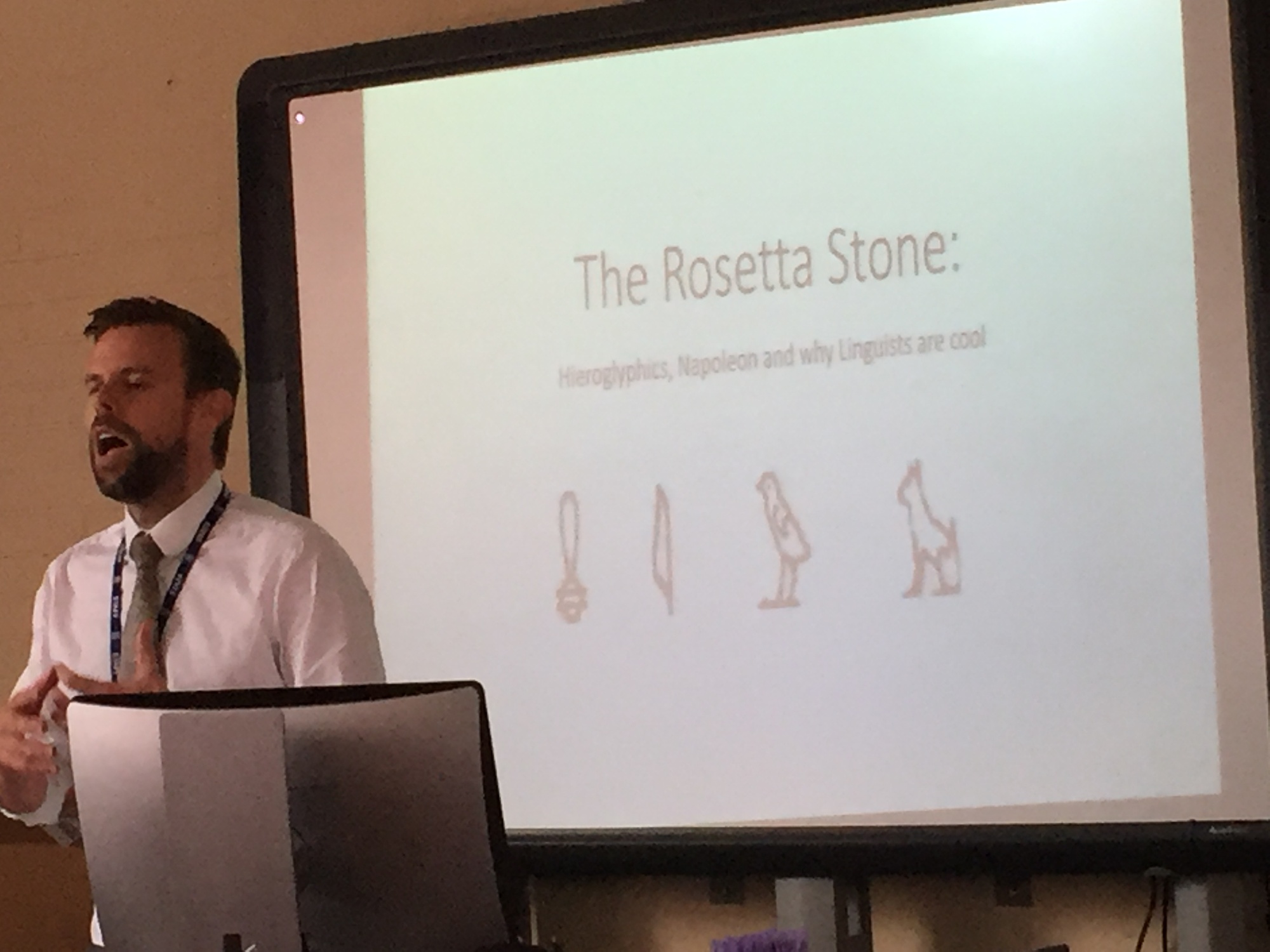 Mr. Axelby, the organiser of this term's programme, said:

“Dr. Koon's talk was fascinating and everyone present took something from it. There is something for everyone this term; Mr. Plume's 'A week in the life of a professional rugby player' is next up, followed by Mr. Sackey-Ambler's 'Why are jokes funny?' All students in Years 7-11 are very welcome.”