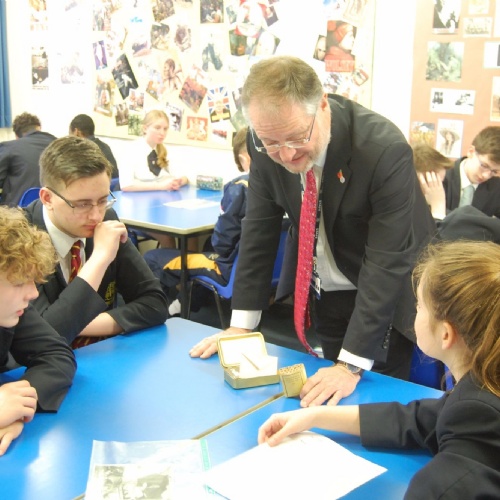 Our Year 10 History students have been busy working in groups on five original Great War photographs and five Great War artefacts, which were brought in by our very own Head of Sixth Form, Mr. Nick Kitchen, from his personal collection.

The overall goal of the topic is for the pupils to develop a better understanding of what it was like to live and fight in the trenches, than what is generally depicted in textbooks. 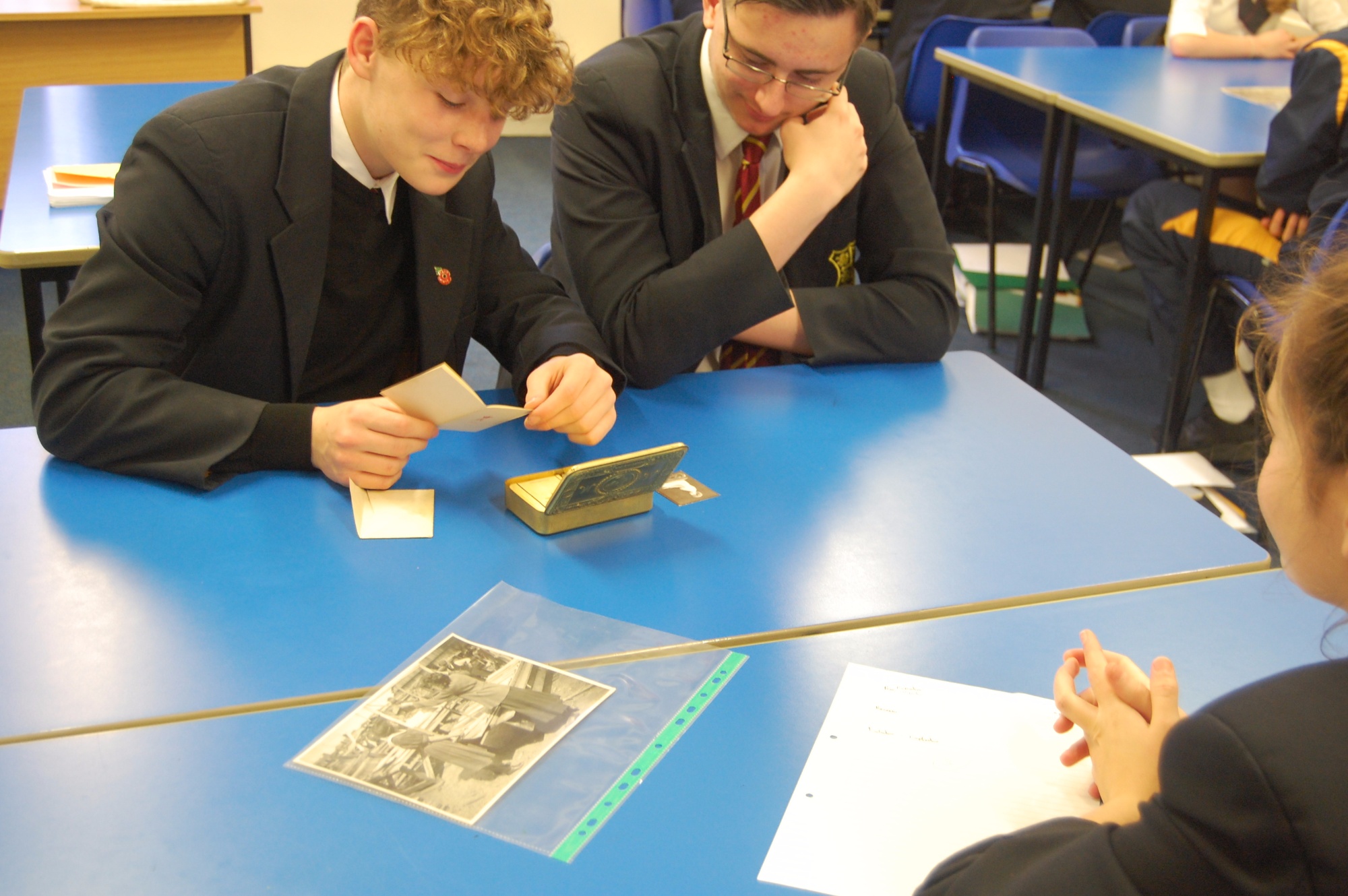 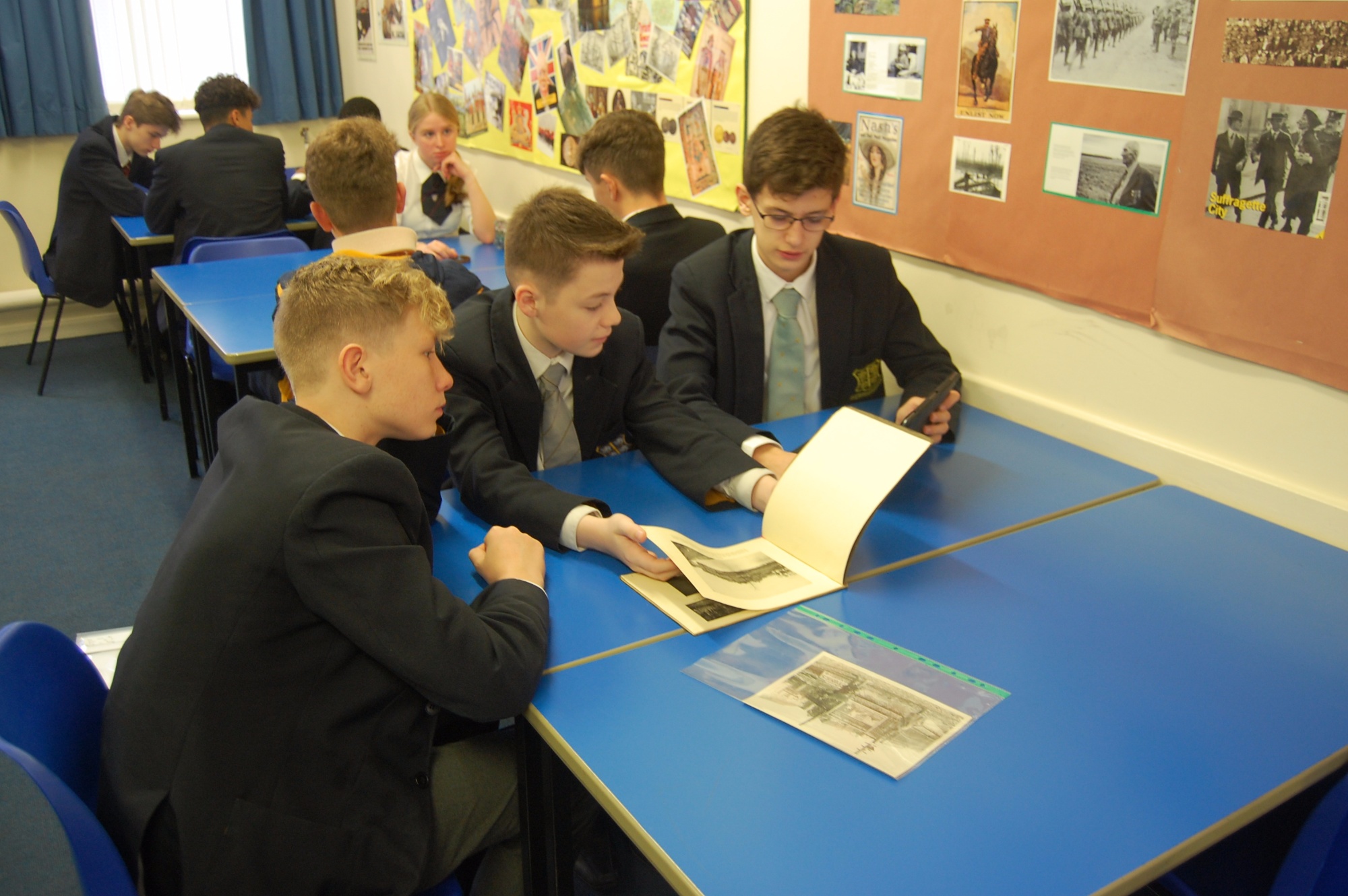 Yesterday, the groups were given the task to work out what each artefact was used for during this time period.