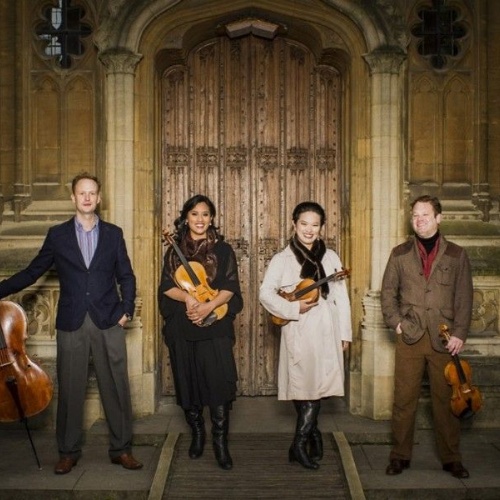 Hailed as one of the most charismatic and adventurous quartets of the British chamber music scene, the Villiers Quartet defines the string quartet for the 21st century.

Named after Villiers Street in London’s colourful musical epicentre, the Villiers Quartet encompasses the grand and iconic spirit of the extraordinary music tradition in London. Winner of the 2015 Radcliffe Chamber Music Competition, the Villiers Quartet holds the position of Quartet-in-Residence at the University of Oxford’s Faculty of Music and recently featured on the soundtrack to the BBC television drama, Lady Chatterley’s Lover. Their programme includes Purcell’s Fantasias, Tchaikovsky’s Quartet no 1 in D major and Sibelius’s Quartet in D minor “Voces Intimae”.