The Return of The Dorm Run 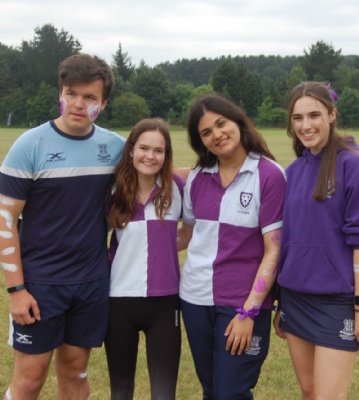 Another year, another Dorm Run. Last year we were left disheartened when Covid struck, meaning we had to cancel the notorious event for the first time in 123 years. This year we took extra measures to ensure the run could go ahead, staggering the start times of the race, meaning our students were safely in their bubbles. Although this differs slightly to the usual proceedings, the team spirit didn’t differ at all.

The Dorm Run first took place in the March of 1897, where it initially began as a paper chase. From there, the Dorm Run was born and has been thriving ever since. There have been many outstanding Dorm Run performances. Jack Buckner, current CEO of British Swimming and former European 5000m champion and two time Olympian, was in Talbot House from 1875 to 1880. He currently holds the record for completing the fastest ever Dorm Run. To this day, students tie their trainers and stretch their legs in the hope of beating his monumental record. However, there have been other noteworthy Dorm Run records, including from Shirley OW Ollie Dane, who won the run over five consecutive years.

This year, the first to take the course were our Year 7s, who were experiencing the run for the first ever time. From there, the year groups took their place at the start line chronologically; each group’s enthusiasm as high as the last. Contrary to previous years, the weather was kind to the runners, and the rain was kept at bay. This meant that there were no mud or puddle obstacles, making for a good race.

Here are the results: