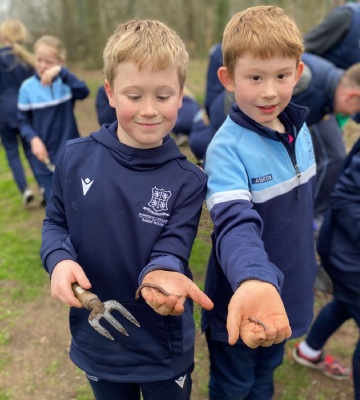 The theme for this year’s British Science Week was Growth. Science is an integral part of the curriculum at Ranby, but for this special week, Mrs Sullivan wanted the children to experience something a little different, so chose two activities that would promote curiosity, develop collaborative skills and encourage some cross curricular learning.

The first activity was all about Gentoo penguins. The children were taught a few facts about these sociable little penguins, such as where they live, how they communicate and how they build their nests. 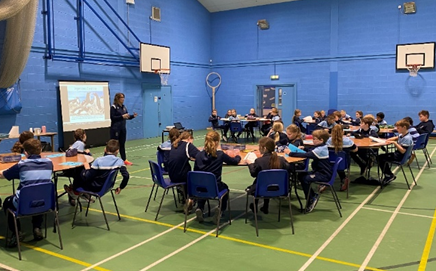 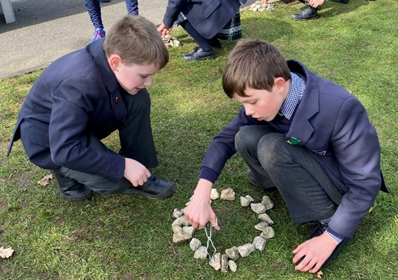 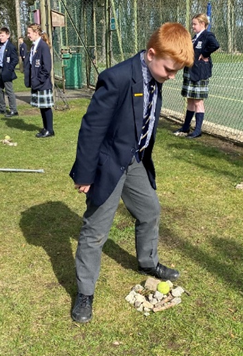 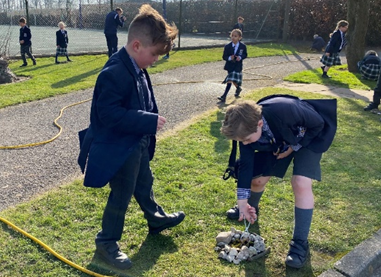 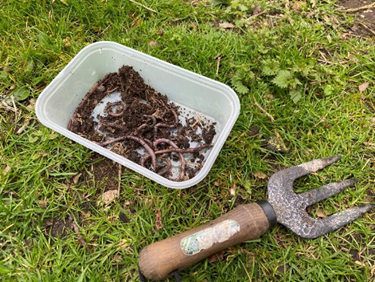 The children were then set the challenge of being a Gentoo penguin. Using only their beaks (a pair of tongs) they had to build a nest made out of stones (and bits of grass or sticks, if they could find them in their Antarctic landscape!) The nests would then be tested for “weather proofing” with quick blast of a hose pipe! 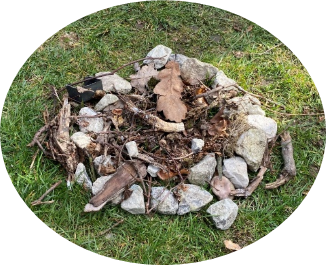 The little penguins worked hard, and after much flapping, stone collecting and very loud penguin squawks, they managed to construct some interesting nests in the time allowed.

Each pair of proud penguins were given feedback on their building skills, before the storm came in and blasted their nest!

The rest of the flock then took a quick vote to decide if their chicks would have survived. Sadly, some nests got washed away in the “storm”.  But a number of well-constructed nests withstood the extreme weather, so the chicks survived, and the penguin population would grow. Success!

The next challenge, much to the horror of some of the more squeamish children, was all about worms – wonderful working worms to be precise! 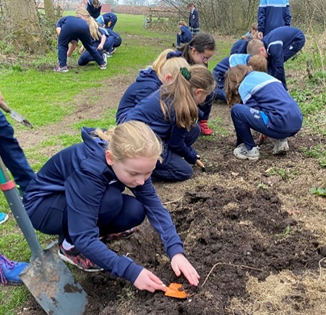 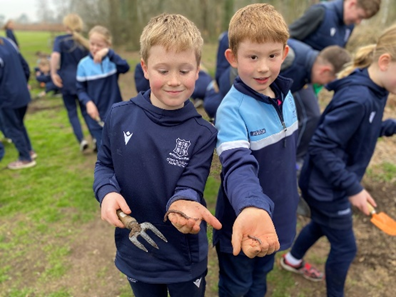 “Worms are incredible recycling engineers, creating super soil for everything that grows” explained Mrs Sullivan, “their burrowing creates a network of tunnels that allows drainage in the soil and lets oxygen circulate to plant roots.”

To start with, the children were given some information on the three main types of worms: surface dwellers (the dark red-headed worms), earth workers (the skinny blue/ grey ones) and deep burrowers (the big fat pink ones!) 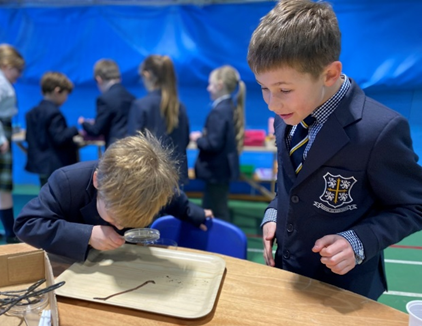 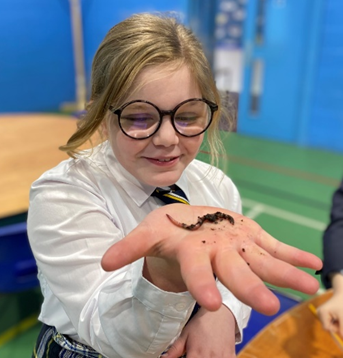 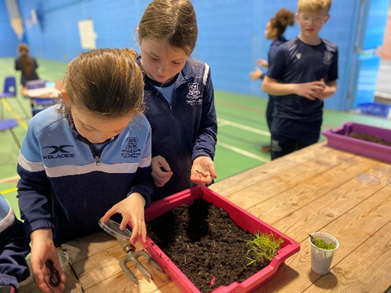 Some groups of children were given the opportunity to try and dig for worms, whilst others had several large trays of soil and compost to rummage through and hunt for their worms.

“Worms, it seems, are a bit like marmite” said Mrs Sullivan, “it seems the children either loved them or hated them! But, with a little encouragement, almost all the children were brave enough to pick up a worm, some for the very first time!” 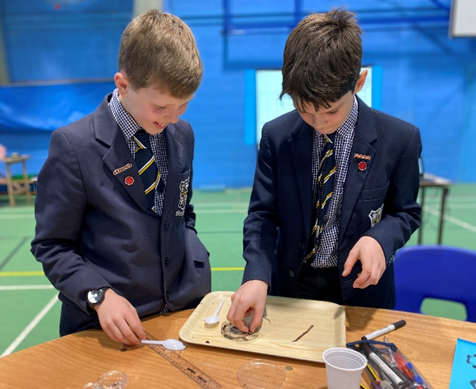 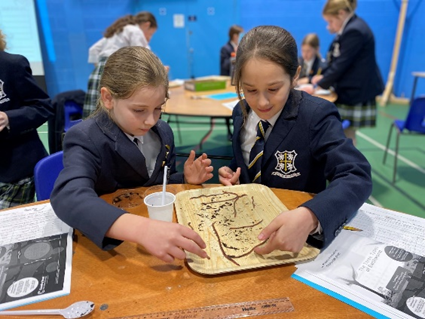 Once the worms had been “captured” the children had the task of observing them close up. 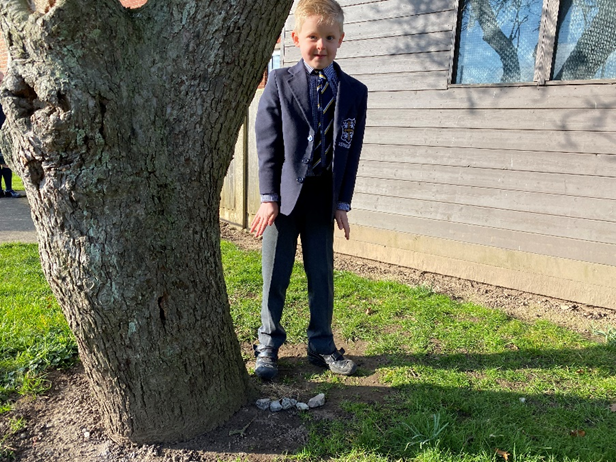 “British Science Week is all about encouraging children to develop a natural curiosity for Science and a fascination of the living world around them,” said Mrs Sullivan. “Both activities achieved that. The children enjoyed working alongside each other, whilst learning new facts and developing their skills as young scientists. I was delighted to hear so many positive comments from the children, not only during the activities, but also several days later!”. 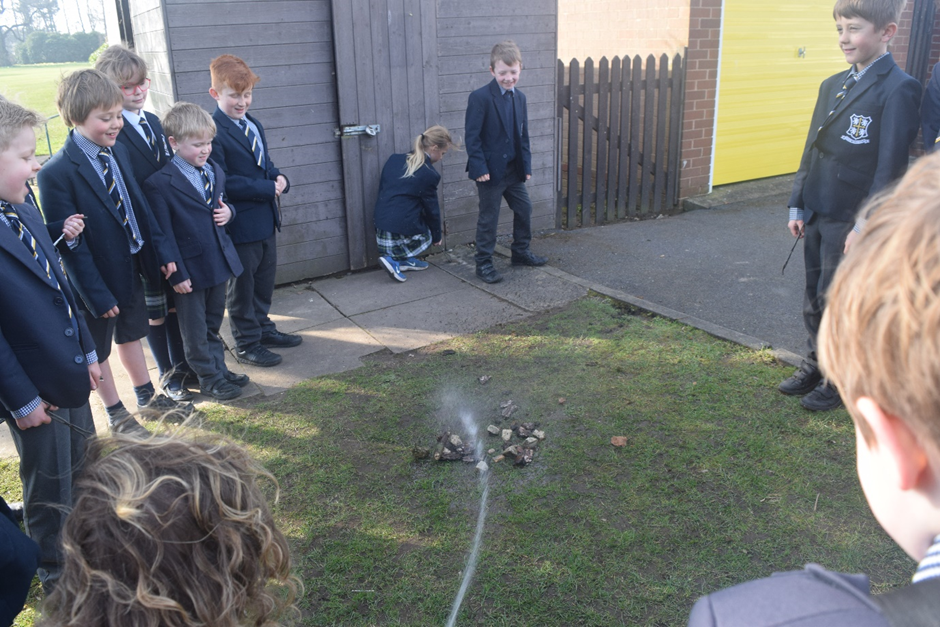 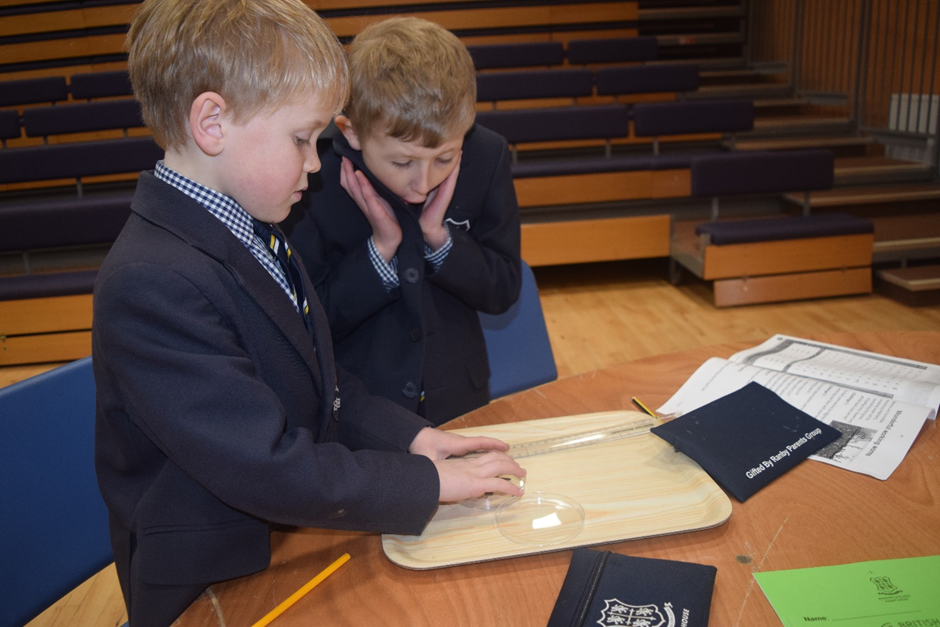 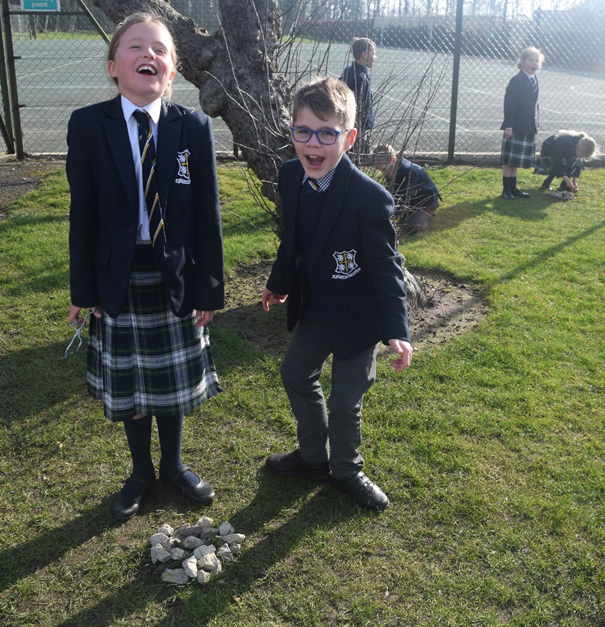