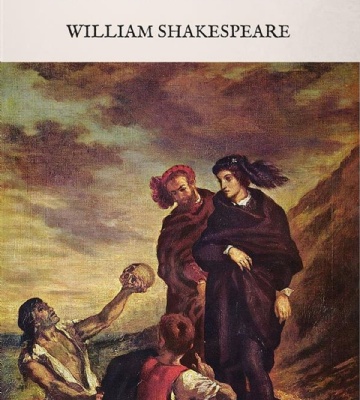 During mental and mindfulness health week, the school ran several events and sessions. Subject departments and teachers set certain tasks and assignments in conjunction with Mental Health Awareness Week. Clarissa, Year 9, was set the assignment of producing an analysis on ‘Mental health in Hamlet’. "There were many aspects I found thoroughly fascinating in the process of researching for this essay, from the various diagnosable mental health disorders, key symptoms of these disorders, and the overall application of these criteria to the entire play ‘Hamlet’ by William Shakespeare". Read Clarissa's essay below.

In Shakespeare’s play ‘Hamlet’, many references to symptoms and actions completed due to mental health disorders are clearly seen. Through reality and deception, Hamlet shows an indication of ‘mania’ to those around him; and with many other depressive and isolated states characters enter, a majority of Shakespeare’s famous play is centred around the suffering and pain from several events and unwell states of ‘being’. In the modern day, much more information is now known surrounding exactly what illnesses and mental disorders these characters face, and the period in which they were written. Much is understood about how the characters use many other - often physical - ways to portray this suffering. Here, the relationships between several symptoms that are expressed can be linked to concrete diagnoses, and the relation of their equally affected ideologies and beliefs can be explored.

Contrary to the common perception that Hamlet is in a state of insanity, he may instead have bipolar disorder. ‘Bipolar’ is in reference to two completely opposite ‘states’ or ways of experiencing two polar opposites of abstract emotions. In Shakespeare’s play, the beginning quote of “How is it that the clouds still hang on you?” (1.2.66), made by Claudius addressing Hamlet, is a true display of the first of Hamlet’s numerous depressive episodes, through cycles of depression, mania, and in-between as part of his condition. As part of a diagnoses, one of the key points that may be assessed is slowing down and being in a ‘depressed mood’, both of which are shown here. Depression itself can partly be consisted of the loneliness daily, of which is evident as part of the chain of events connected to when his mother gets quickly remarried. Hamlet then goes on to deliver his “To be, or not to be” soliloquy, talking to himself only. A second qualifier in the same diagnosis is thoughts of suicide. Hamlet clearly desires a release from all the traumatic (and as a result of this, stressful) events that have taken place, and so this is what he thinks of. A desire for ‘sleep’, of which he describes as a thing he wishes to have - in relation to suicide - as also mentioned repeatedly in the soliloquy, could be a reference to another symptom of the depressive part of this cycle in the form of changes in sleeping habits, also stated by Hamlet in “Were it not that I have bad dreams” (II.ii.255).

Although much of what Hamlet displays throughout the play may be categorised under a singular diagnosis, now known as ‘clinical depression’, it is Hamlet’s mania that is indicative of a bipolar disorder. ‘To be, or not to be’, can equally be considered as Hamlet beginning to plot revenge, debating whether he should murder the king to get revenge for his murdered father. States of mania in people with this disorder often have severe and threatening behaviour, which often leads to intrusive, radical, and extreme viewpoints or thoughts. States of such mania (or potentially in Hamlet’s case ‘hypomania’), can prompt states of extreme confusion, which is clearly evident in the soliloquy. Hamlet is thrown into a manic and confused state, to the extent of nearing depersonalization, a different symptom. He talks heavily about themes of sleep, which in the ‘Proposed DSM-5 Criteria’ is a sub section to a dissociative disorder, commonly experienced by the those with a bipolar disorder. A common occurrence is feeling as if one is in a dream, again an event evident and repeated many times in the play. This beginning of mania in the rapid cycling state between mania and depression also contains a key moment, when (in Act III, Scene 3) he sees Claudius in prayer. He recognises this as the perfect opportunity to murder him and get revenge, though stops himself and his impulsivity, recognising that if he goes through with the action of killing Claudius he may go to hell and not have release from suffering. He equally wants Claudius not to go to heaven, and should rightfully go to purgatory, in the beliefs of Hamlet’s father, when he visits Hamlet as ‘a ghost’.

These intrusive thoughts displayed could also be OCD (or “pure O”, if considered Hamlet expresses the compulsions in a more mental sense of a forced need for this thinking) as he does consider what

he needs to do in order to stop this longing for no suffering and debates the most appropriate path or ‘compulsion’ to take to ease this. In spite of expressing many of the soliloquys in a more physical manner, which would have been more ‘understood’ at the time by people, Hamlet never truly carries through with many of his actions, leading us to believe he may have a more specific form of obsessive-compulsive disorder. In the Act 3, Scene 1 soliloquy, he soon comes to the realisation these thoughts about performing such actions (compulsions) of suicide or murder may indeed not help him, or solve his pain altogether, and bring him true peace in his mind. Hamlet knows these thoughts are irrational, yet still has the need and desire (compulsion) to complete them, a widely known symptom of OCD. As discussed earlier, he also persistently wants suicide, murder, or categorically, death. He becomes so fixated on the pain he feels and can only recognise a couple of main ways out of such. This is recognised as another symptom, fixation on specific goals or one resolution to pain. He then becomes driven to ‘perform’ these actions in an attempt to quickly alleviate this, like nearly murdering Claudius. Anger and depression soon also manifest themselves everywhere in his life, even surrounding situations he has no control over. He overly develops his thoughts and plans, in another main point of a diagnoses for OCD; perfectionism, or desire for perfection due to great incongruence when things do not align perfectly, mentally, and/or physically.

The relationships he is in, either romantically or with family, are often strained, seen in (1.3.19-27); “But you must fear, His greatness weighed, his will is not his own, For he himself is subject to his birth. He may not, as unvalued persons do, Carve for himself; for on his choice depends the safety and health of this whole state.” Laertes talks to Ophelia, briefing her that Hamlet cannot love her romantically to be in a relationship and marriage, but they must only marry under a circumstance of political, social, economic alliances and gain. His complicated relationship with his uncle can also be viewed in the “To be or not to be” soliloquy, under the interpretation that Hamlet wishes to murder him. Hamlet speaks: “Let me be cruel, not unnatural; I will speak daggers to her, but use none; My tongue and soul in this be hypocrites, — How in my words somever she be shent, To give them seals never, my soul, consent!'' (Act III, Scene ii, 380) Before Hamlet goes to see his mother he tells himself, almost pleading with himself that he won’t hurt his mother, but only speak harshly to her. He thinks of the worst case scenario, of attacking family, and not be able to stop himself, despite knowing it’s illogical and in reality wanting much of the opposite, to not physically harm her. Intrusive thoughts, ones that are particularly extreme or invasive- although not carried out - play greatly into ‘qualifying’ for such a diagnoses of OCD.

Nowadays, many of these mental health problems are well known, such as anxiety disorders, bipolar, depression (dissociation) and mania. These conditions have many readily available treatments such as therapy, medications. Popular talking treatments such as CBT or ‘Cognitive Behavioural  Therapy’ would now be a viable option for people such as Hamlet. Through many universal healthcare routes, Hamlet could be allocated a place for four to twenty talking therapy sessions and advice, ranging from as little as a couple of weeks to a few months. If Hamlet wished to go down a private healthcare route, other further options and more specific therapy may be offered such as more frequent sessions and monitoring for Hamlet. In this case, a suitable position may be offered to Hamlet in a couple of days. If some of Hamlet’s symptoms such as depression still persist to a moderate level, he may also be offered medication in both cases to lower the effects of his mental health problems, all through our current advancements and understanding of mental health.