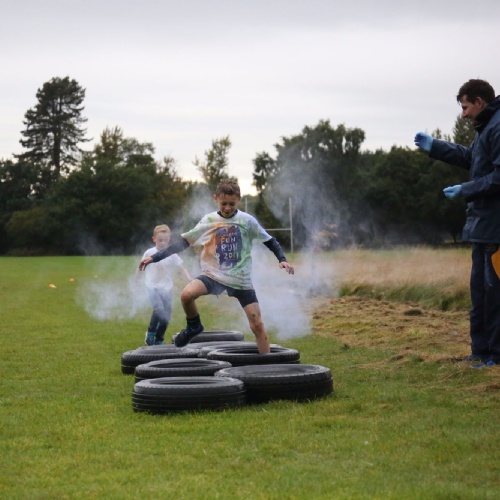 Last week, students and staff participated in the Colour Fun Run, an event set up to raise money and awareness for the Bluebell Wood Hospice.

Head of Art, Mrs Helen Platt-Hawkins gives us an account of the charity event, as well as the hard work and planning that went in beforehand.

Last term, Y8 students participated in a range of workshops that ran over two days. These workshops focused on teaching and learning through the Learner Profile: Independence, Adaptability and Resilience.

So, off timetable, working together as a year group and project led, our group embarked on planning an event, the Bluebell Wood Hospice Colour Fun Run at Worksop College.

Defining individual and group roles the class split into a number of teams. Key roles such as promotions, finance, t-shirt design, and risk assessment were a few of the many areas for consideration.

A key discussion focused on two important aspects - fundraising and the fun-factor. It was decided that it was equally important to have fun whilst raising awareness of the great work that Bluebell Wood does.

Philippa Walker, Izak Connelly, Grace O'Reilly and Amber Narwal offered to give an assembly at the end of term about the run, whilst Yr 9 student, Charlie Clarey designed the t-shirts.

“The general consensus was that we wanted to have inflatable elements: a slip'n'slide and generally more colour and more water. Well, we certainly got all of that and even more, as on the day it didn't just rain, it chucked it down!

At latest six people asked if we were going to cancel the event but the eternal optimist that I am (not usually) said 'the show will go on'!” 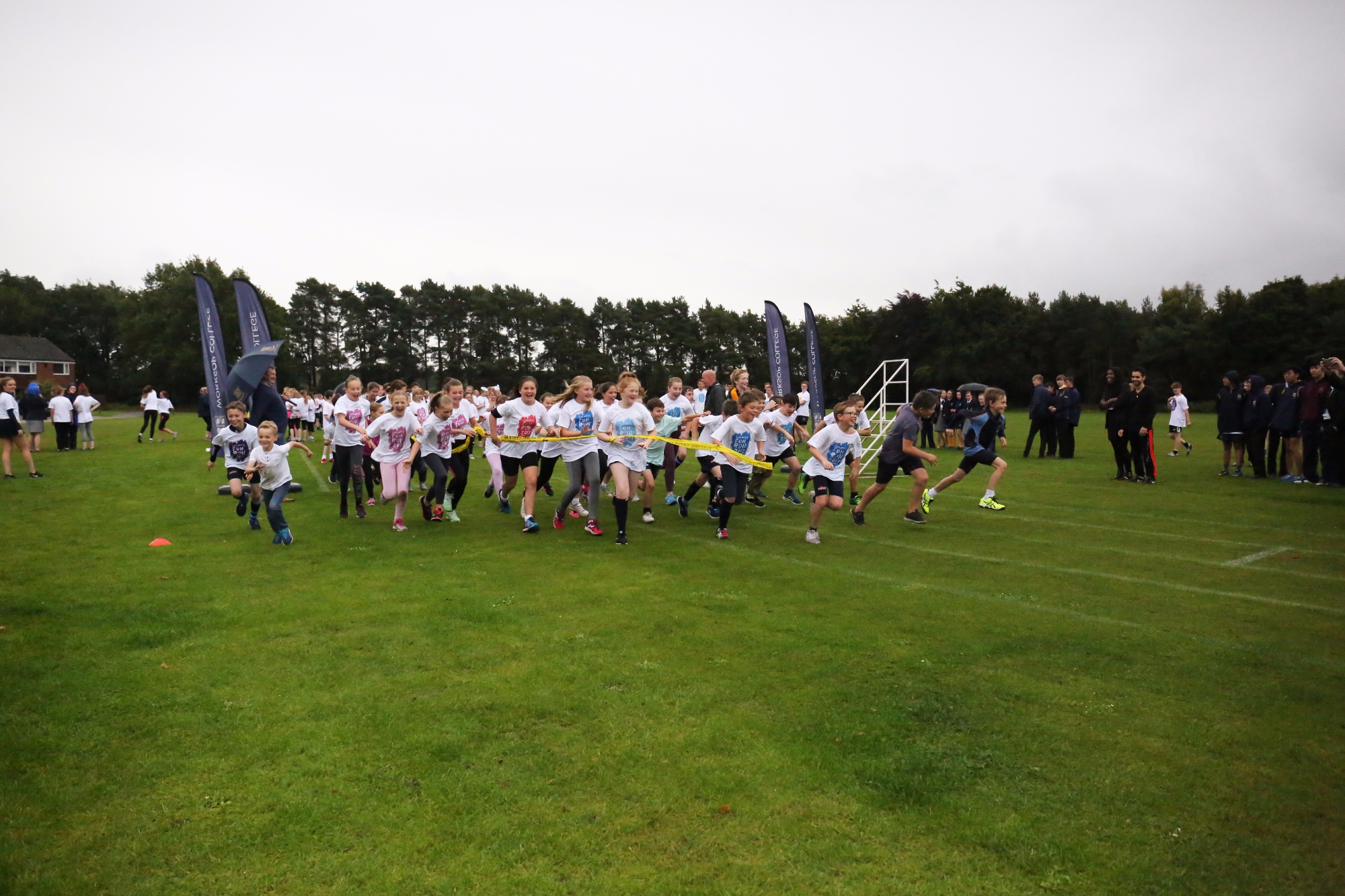 At 4.10pm, twenty minutes before the race was about to start, the rain stopped and the event went off without a hitch.

“The inflatables did slow things down just a little but Martin Rose, Ceri Thorman, Jodie Wright and Jennifer Dickinson kept us all entertained at the start line.” 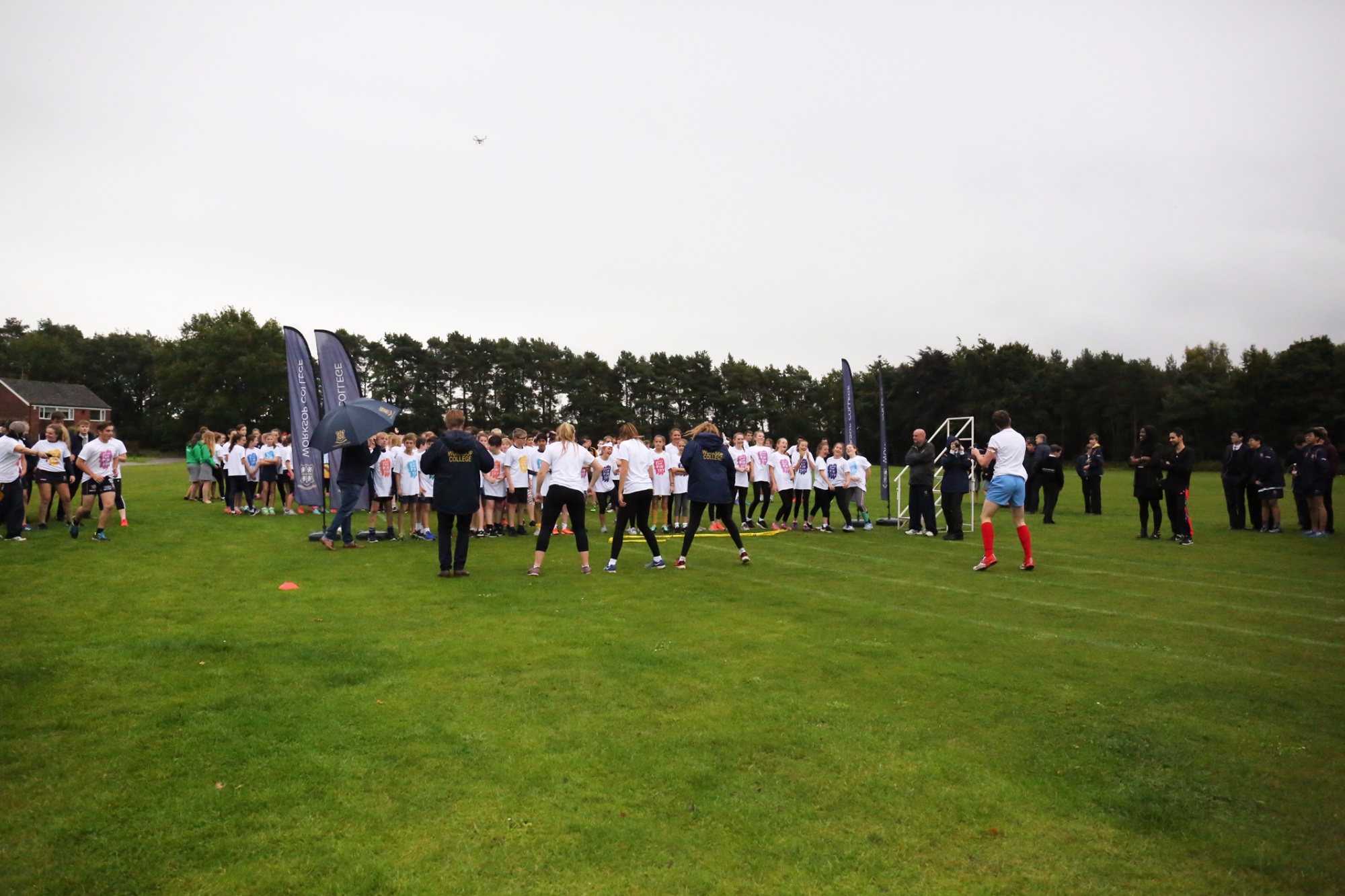 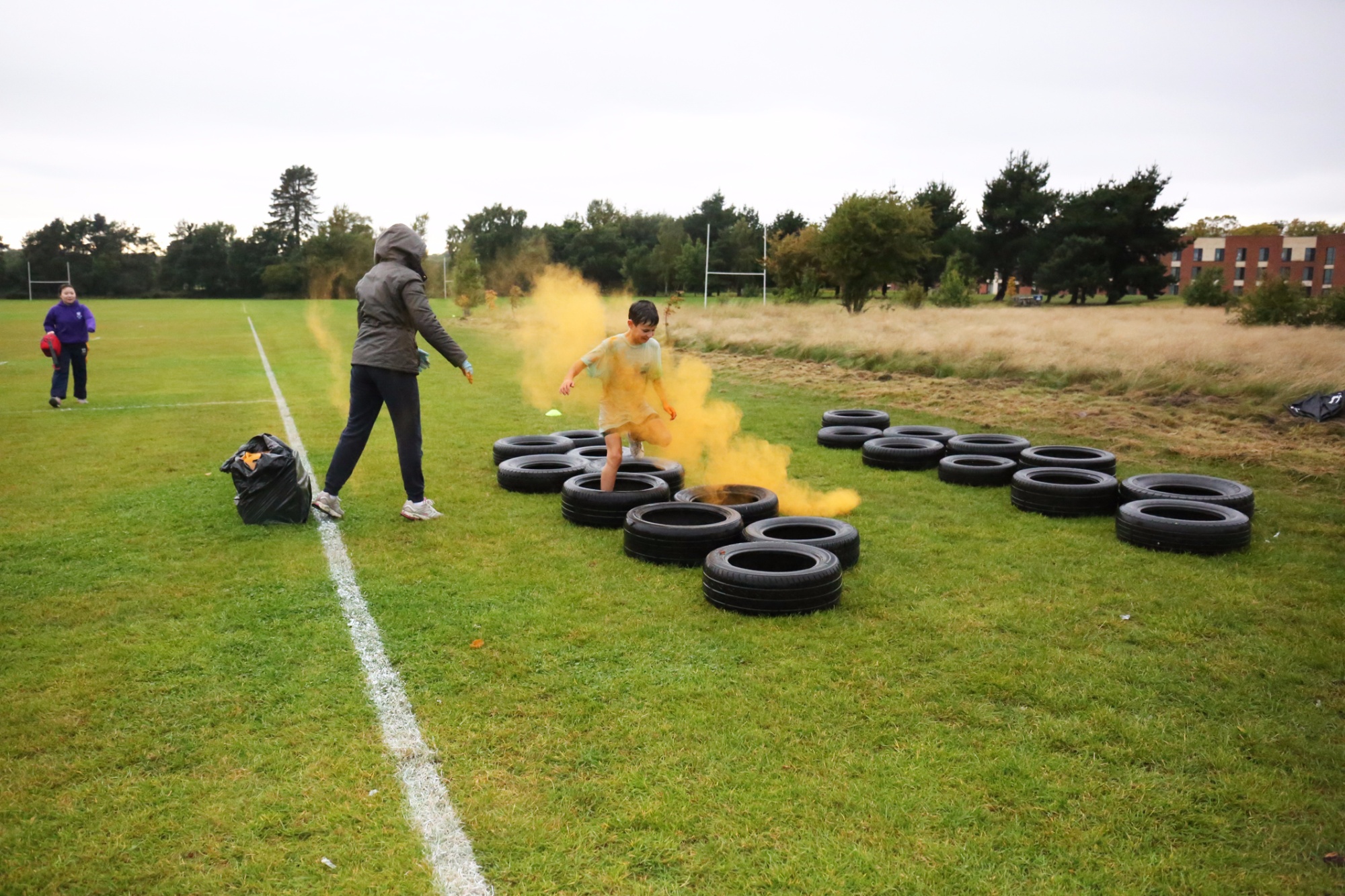 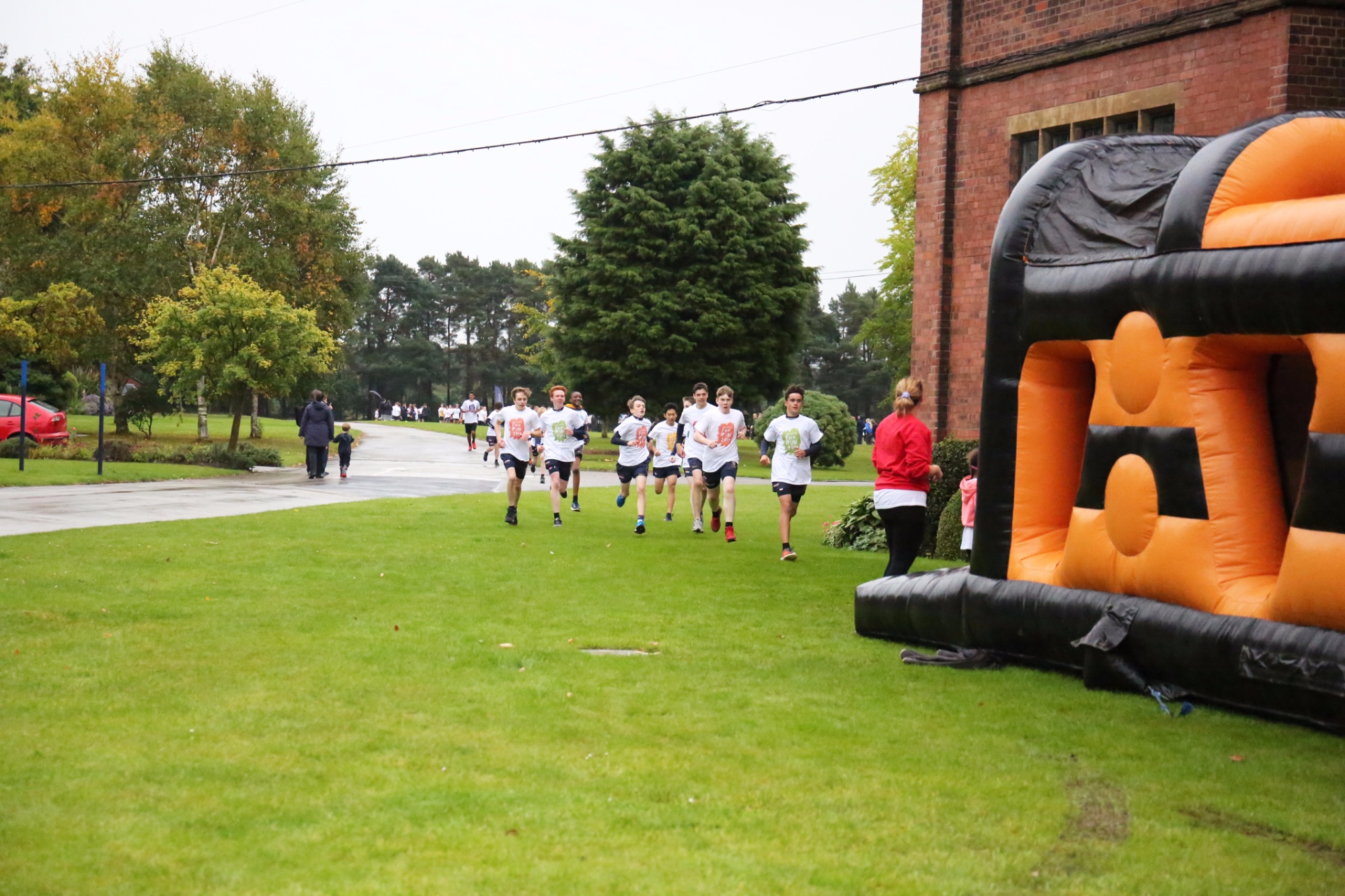 Melanie Rose from Bluebell Wood Hospice was also there with her son to see the race start, as well as accepting a cheque from Portland House students who, through fundraising, raised almost £7,000 last year for the charity. 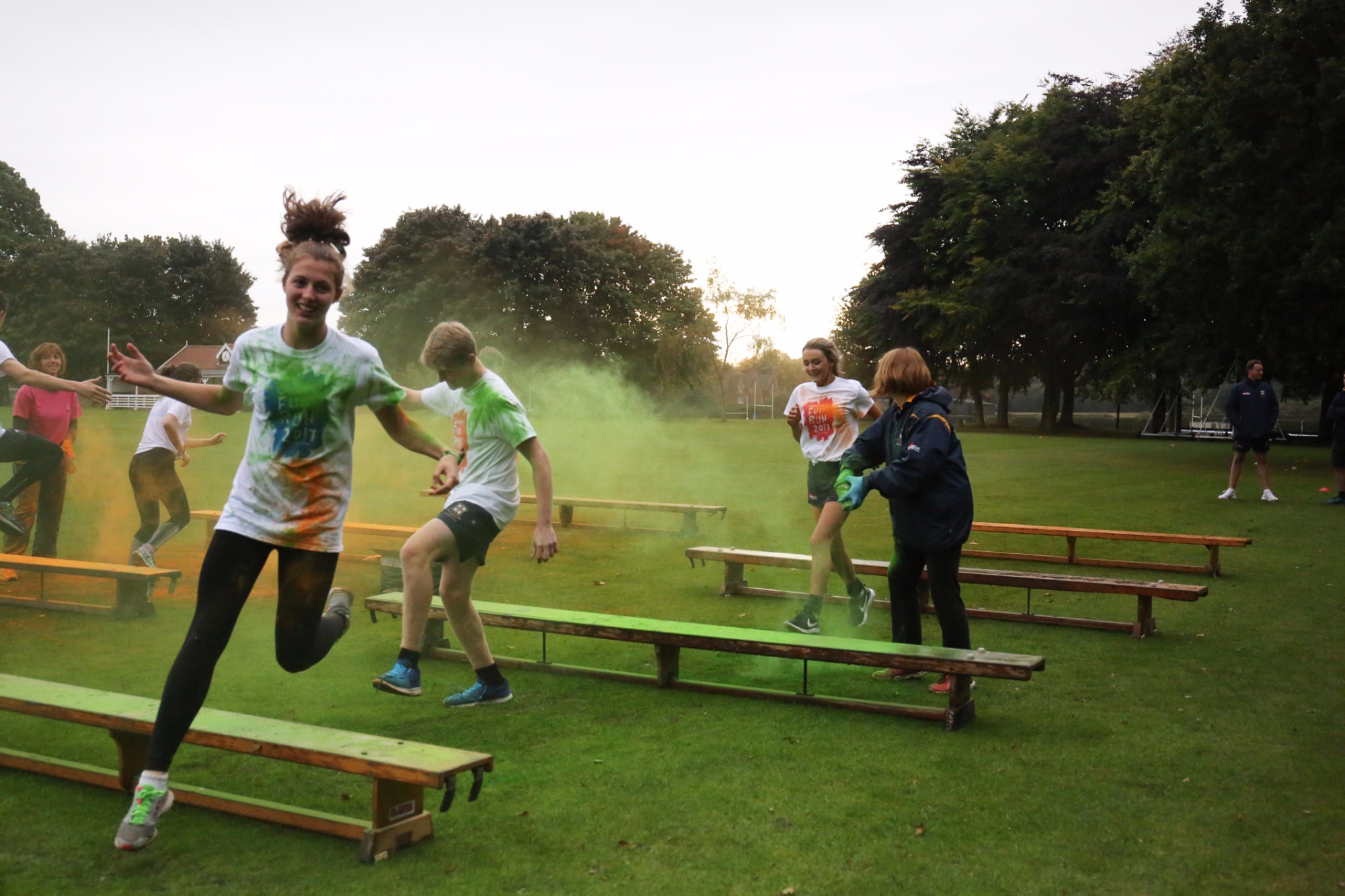 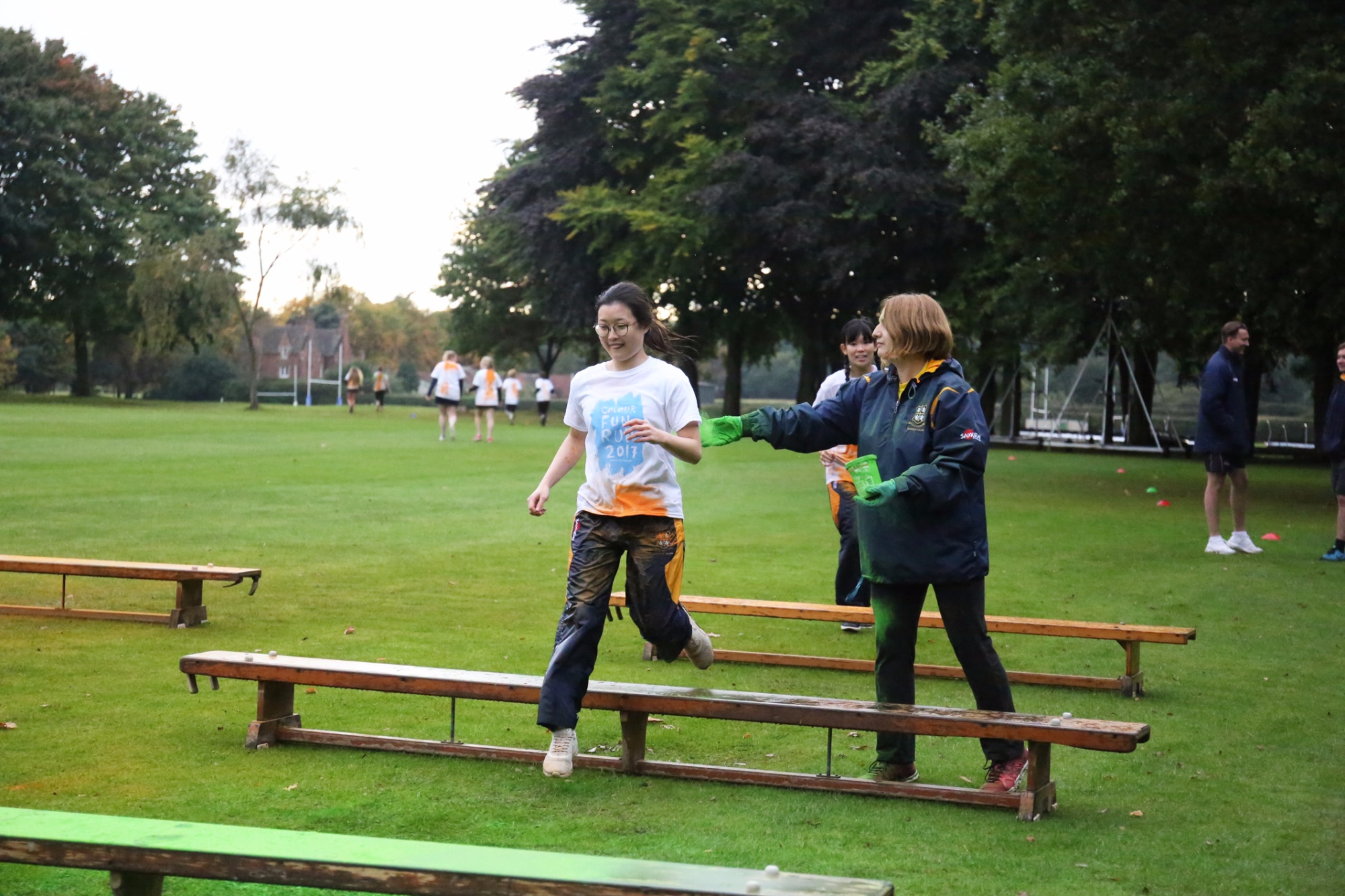 "As it was my first time involved I didn't really know what to expect other than a bit of colour and water, but it was so action packed with a inflatable assault cause, slip'n'slide and lots more. The Colour Fun Run was so much fun, I would definitely recommend everyone to get involved next year." 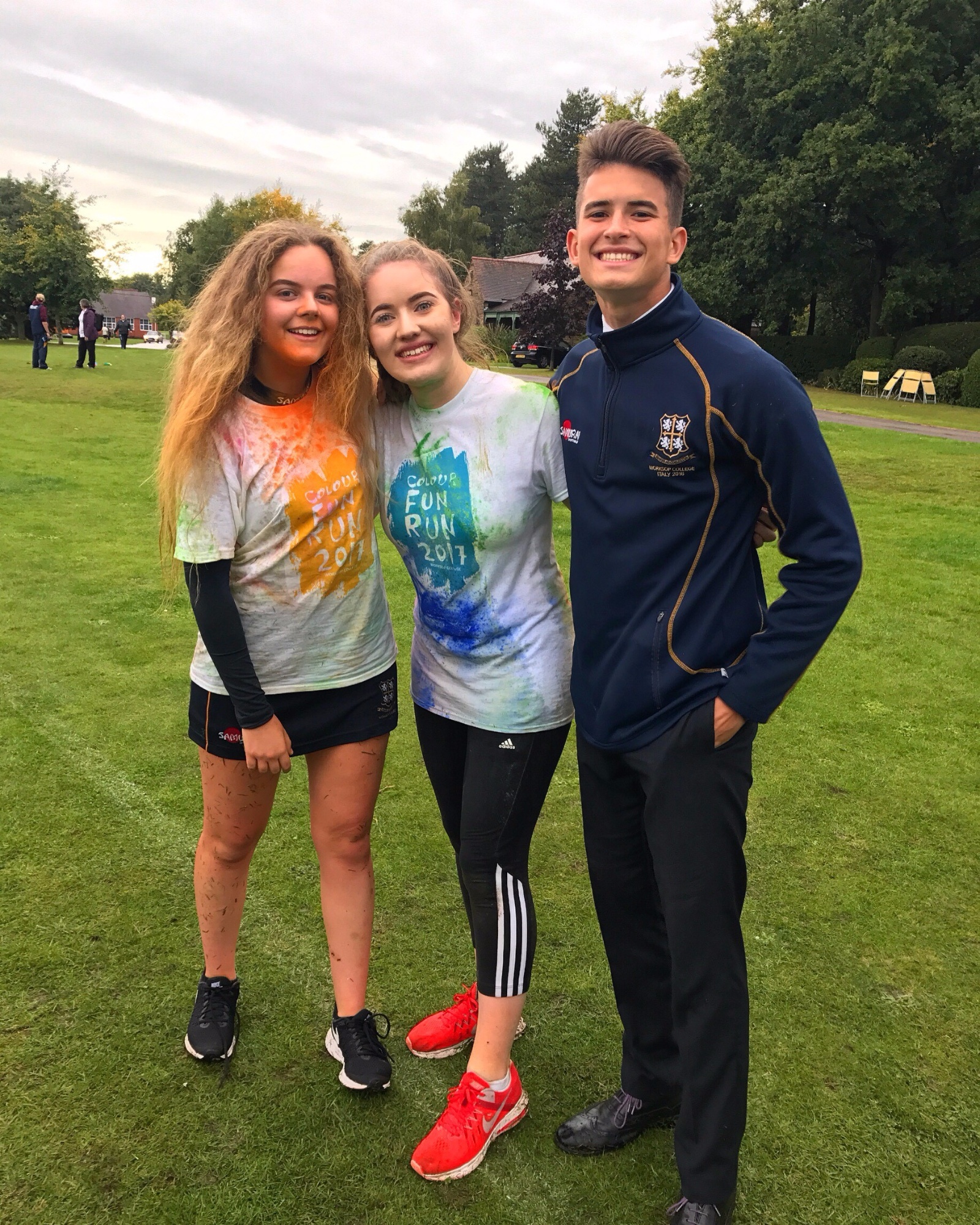 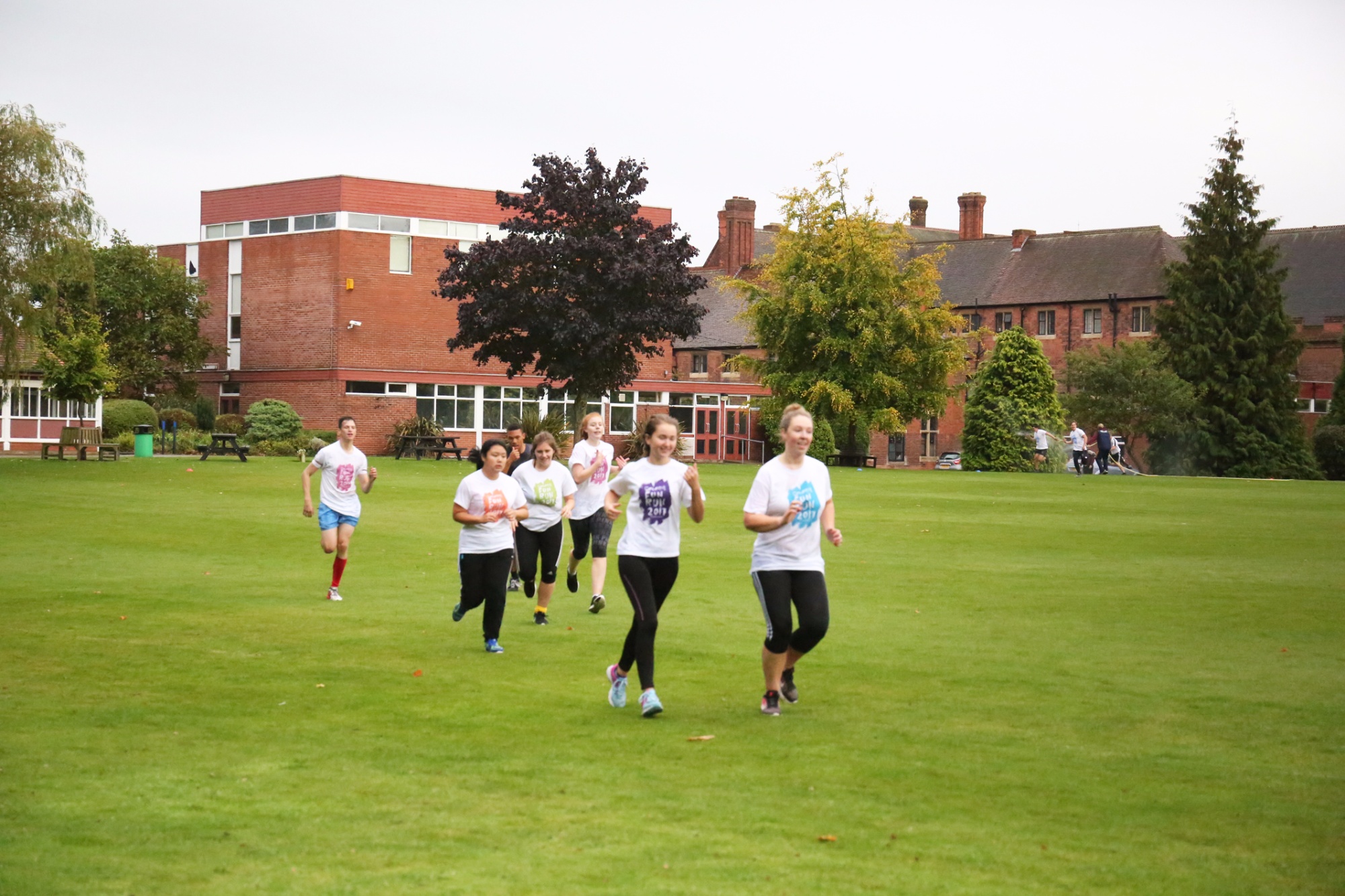 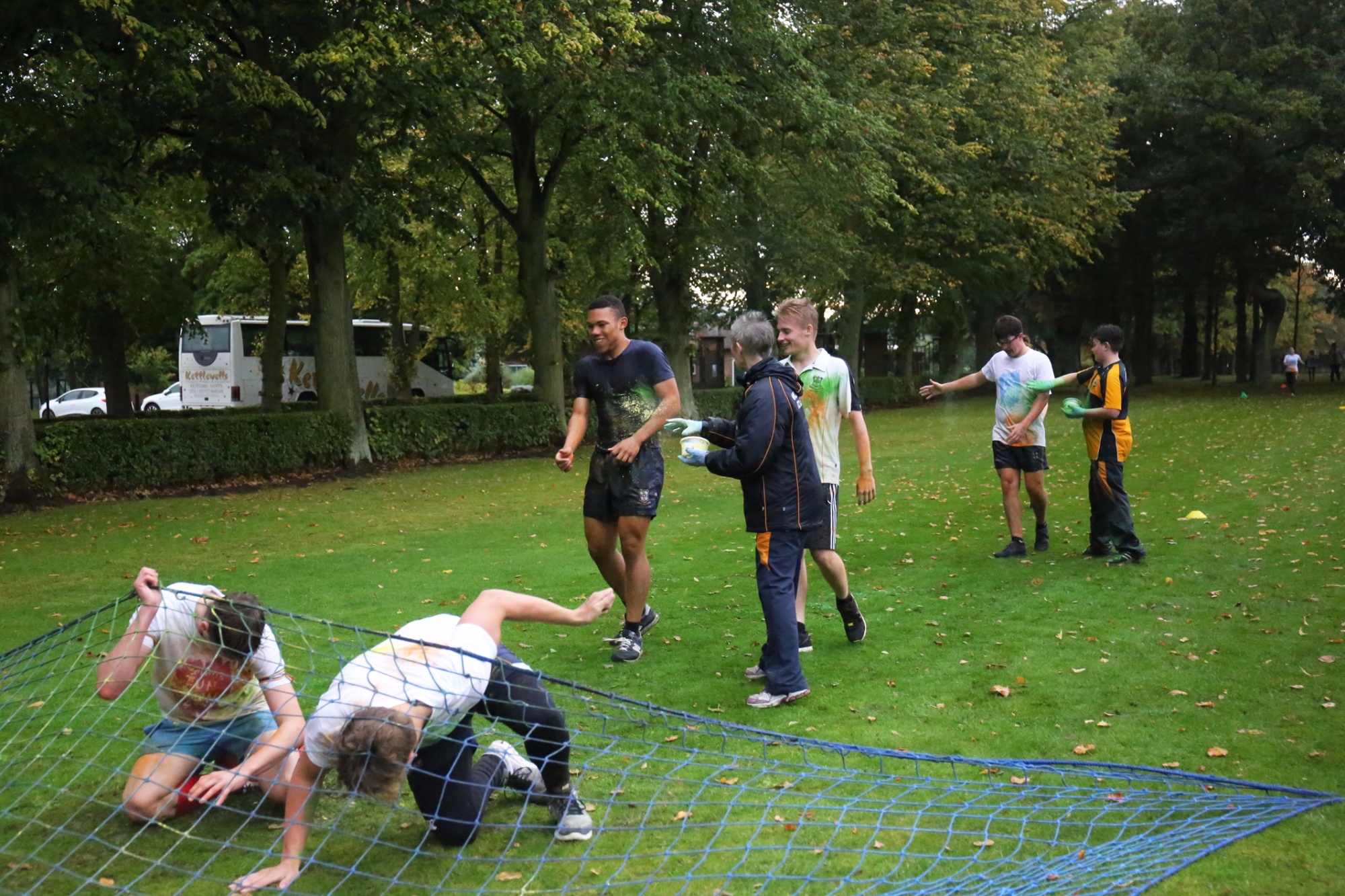 The staff (and students) running the obstacle course stations appeared to have just as much fun as the runners and spectators, as they got to throw powder at the runners as they traversed the hurdles, cargo net and tyres.

“Special thanks go to Richard Norton, Head of the Grounds. Without his help, encouragement and especially his planning for the slip'n'slide, it just would not have gone as smoothly as it did.

Thank you to everyone for your enthusiasm and involvement. I look forward to seeing how much we raise!" 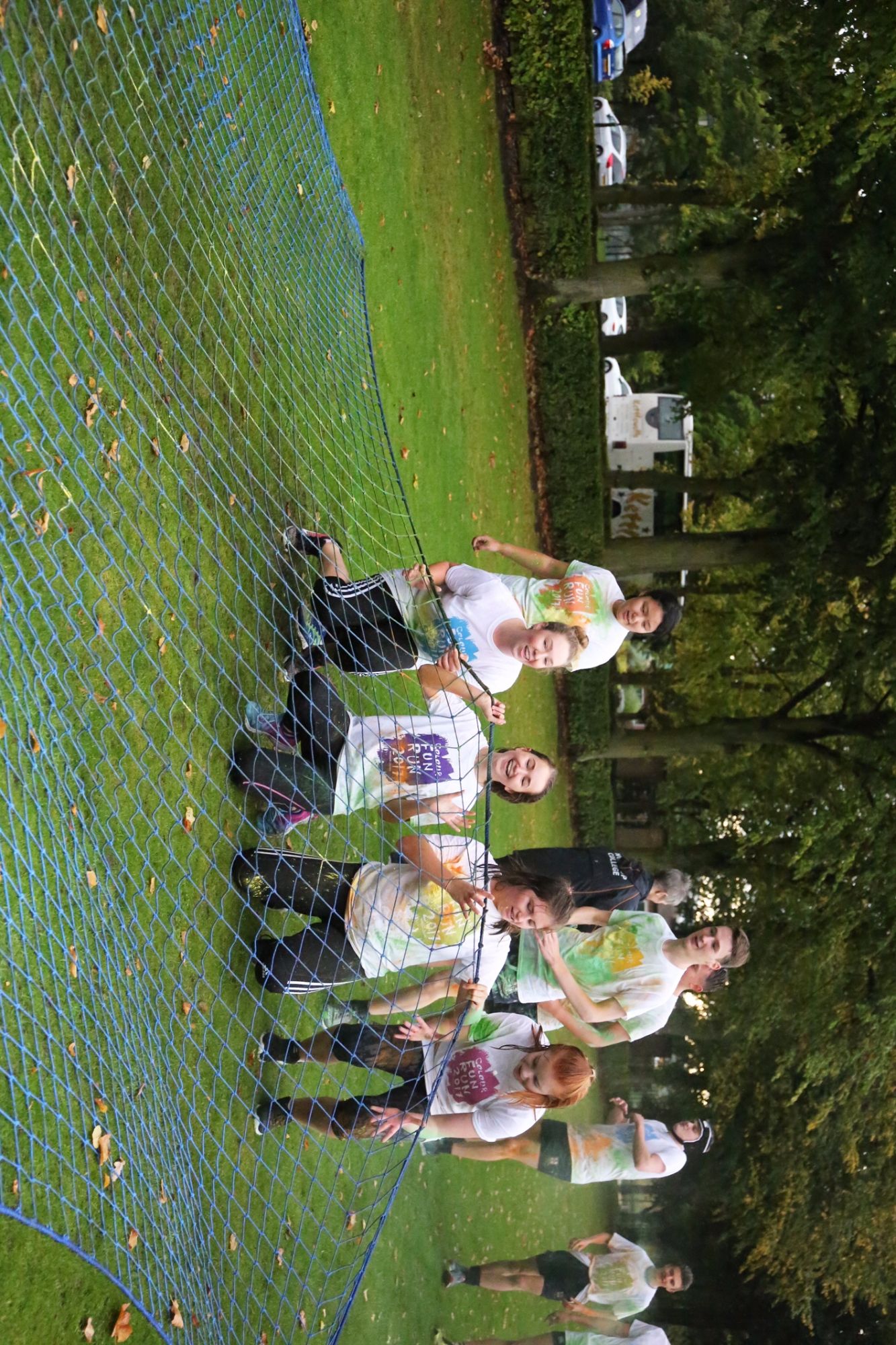