Portland House were in a celebratory mood, after presenting a cheque to Victoria Feddersen from the Friends of St. Giles – last year’s Portland House Charity.

“Thank you to Will Booth (Talbot) and Paige Hawkins (Derry), our two House Captains from last year, for coming back to Portland to hand in the cheque with our two current House Captains, Georgia Barrett and Joshua McDonald.” 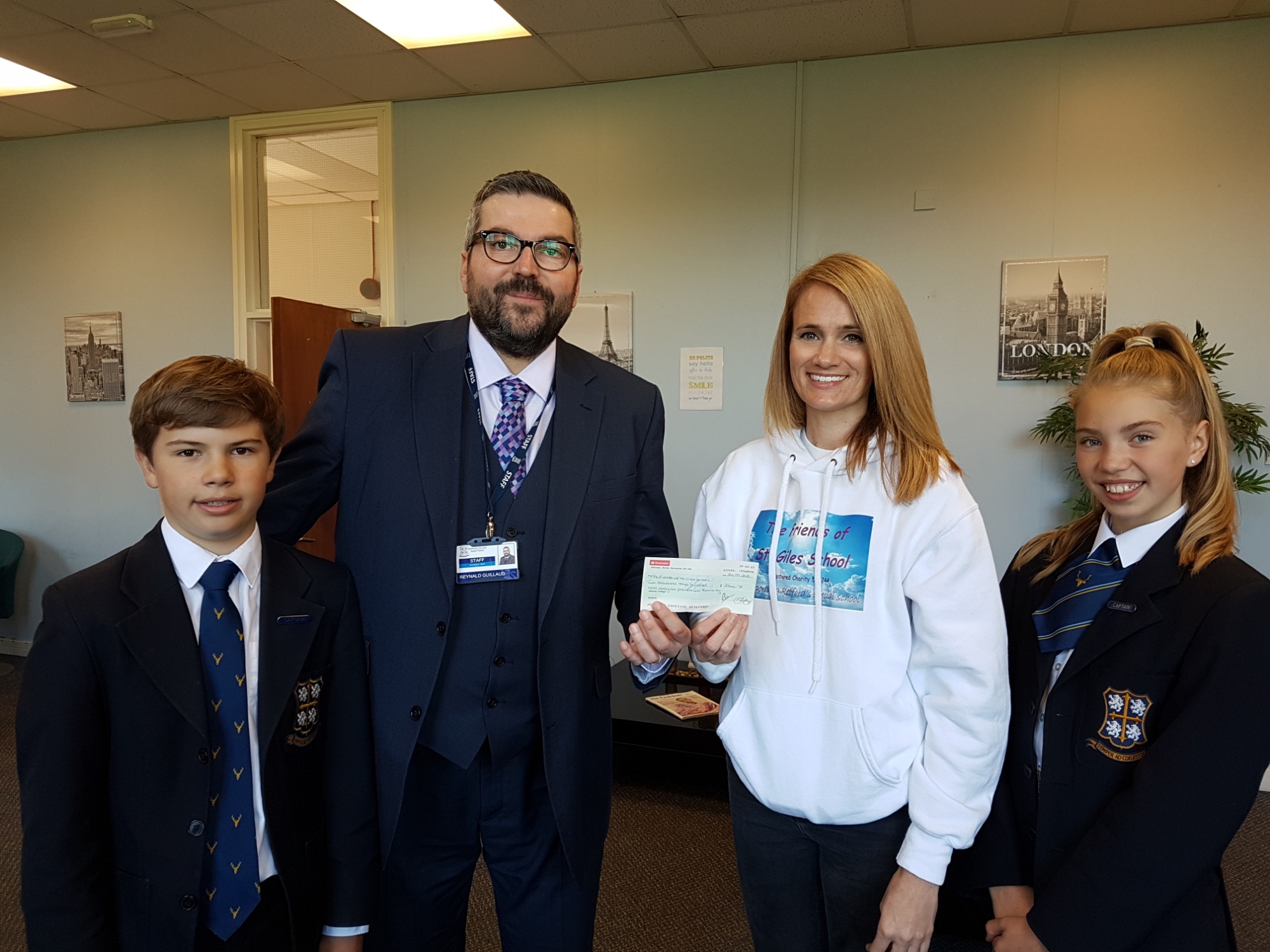 This year, the Portland House charity will be The Children’s Hospital Charity. There will be various events organised in the next few months. 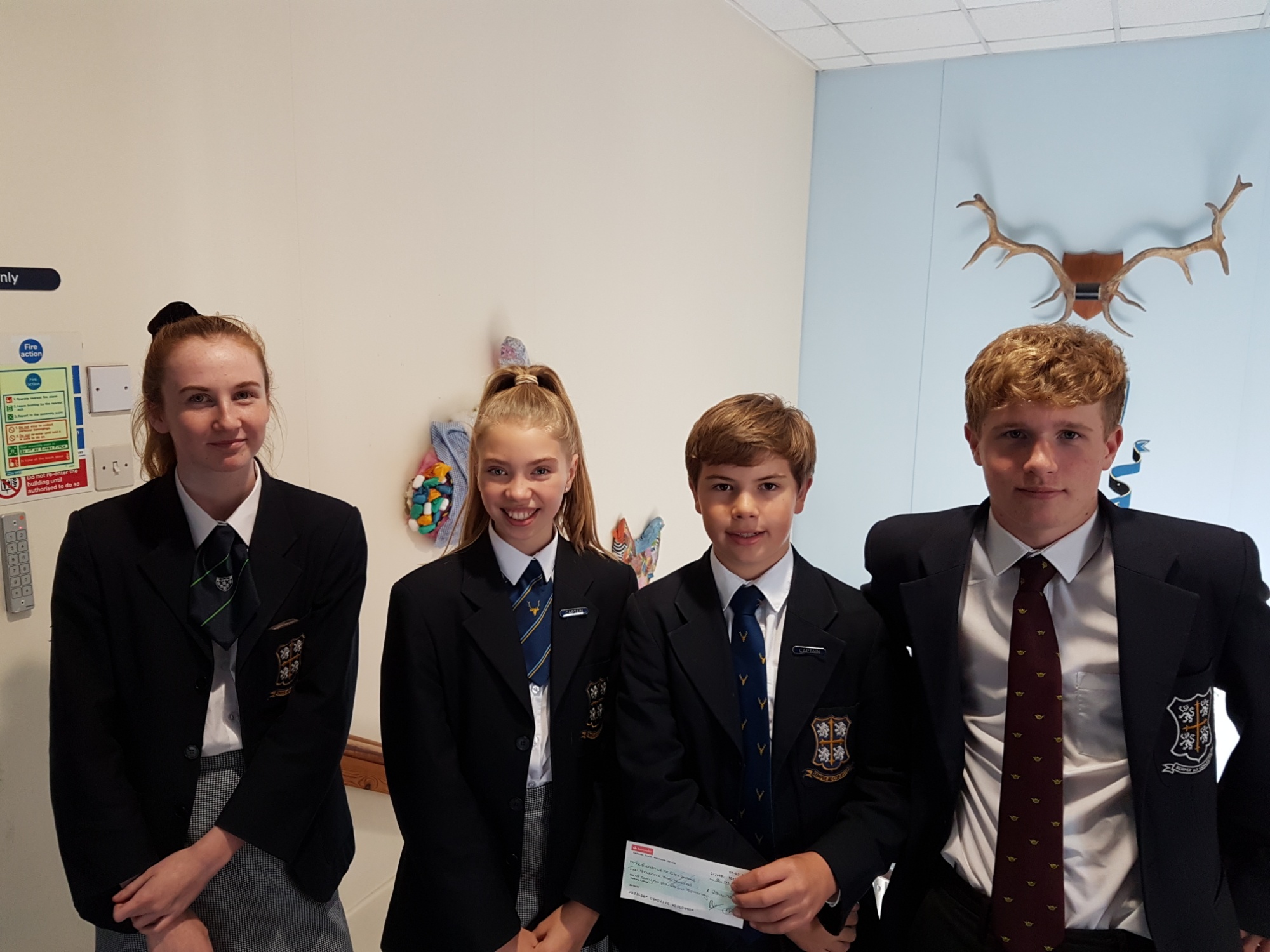 “We thank everyone in advance for their support and their generosity.”