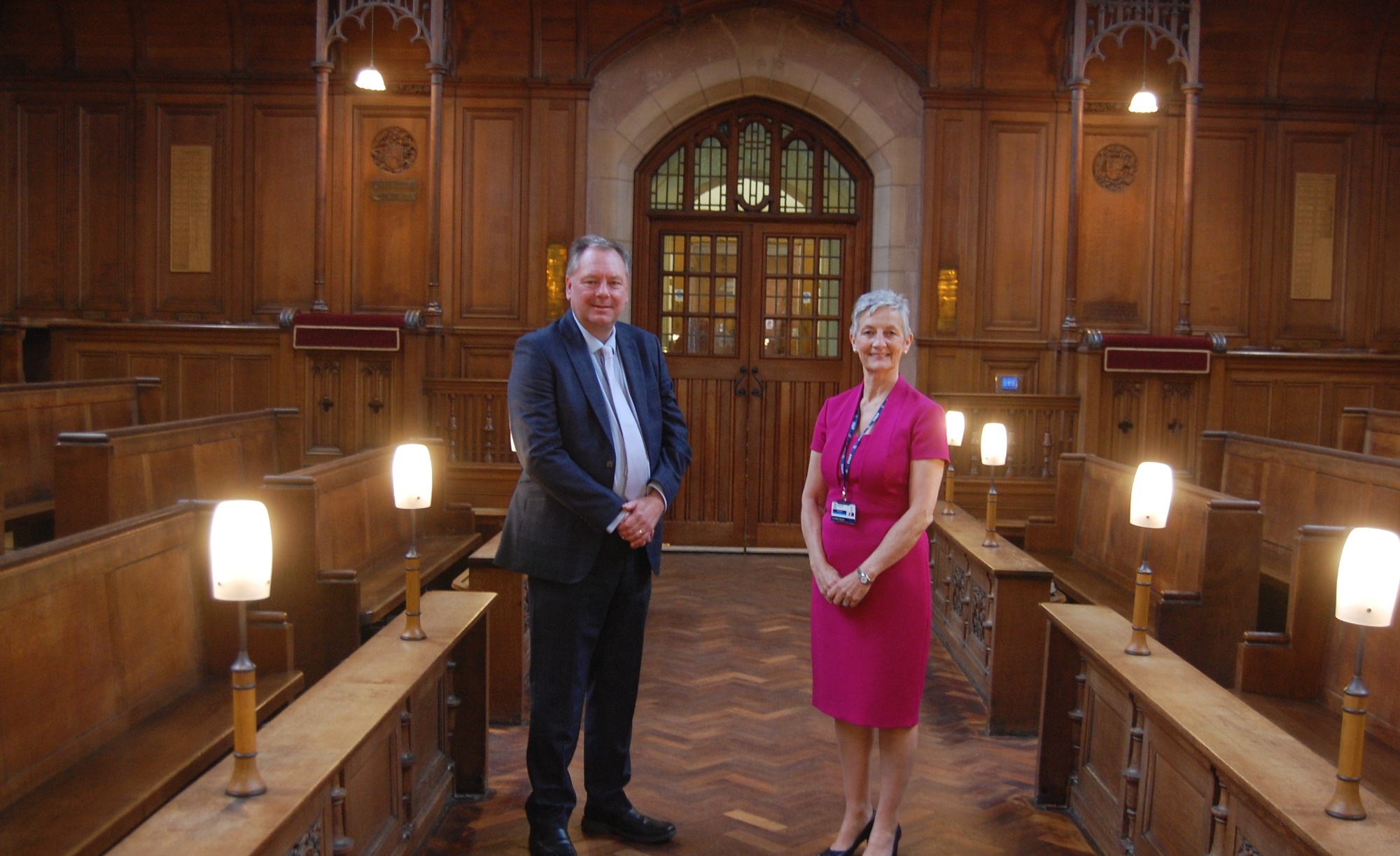 Chapel life stands at the heart of the Worksop College and Ranby House community, and we offer a number of opportunities for pupils to get involved.

Nathaniel Woodard and the Ethos of Worksop College & Ranby House

Worksop College is a Woodard School, the eleventh and final school to be founded, in 1890, by Canon Nathaniel Woodard himself.

The College stands within the Anglican ethos of the Woodard Corporation, nurturing young people not only through academic, cultural and physical education but also through a developing awareness of personal spirituality and service to the community.

The resident Chaplain is available as a support to all members of the College - pupils, staff and their families.

Friday: The College Eucharist for the whole school community.

This involves a large amount of pupil participation including, on a House rota basis, reading, serving and as acolytes. Occasionally we have visiting speakers. The Chapel choir leads the music with a full Eucharistic setting and an anthem each week.

Sunday: A short Service of the Word for the full boarders, followed by a voluntary Eucharist.

Monday: A 10-minute service of a hymn, prayers and an address. The address is often led by the pupils, again on a House rota basis, and on special occasions such as our annual International Week.

Wednesday: Congregational Practice in preparation for the coming week’s services.

There is also a voluntary Eucharist on Saints’ Days.

The most significant events of the College Chapel year are:

Founders’ Day – a joint service with the pupils of Ranby House to commemorate our Founders and to celebrate the purposes of our School.

Harvest – a major event to collect food and provisions for local good causes.

Remembrance Sunday – an Act of Remembrance recalling the sacrifices of the Old Worksopians who gave their lives in the two World Wars of the last century.

Confirmation – led by one of the Bishops of the Diocese of Southwell and Nottingham, the Confirmation is an opportunity for pupils and other members of the community to confirm their faith. The course of preparation begins in January and the Confirmation takes place at the beginning of the Summer Term.

More details can be found on our Calendar.

Opened in 1911, St Cuthbert’s Chapel is a magnificent building which proudly stands at the heart of our community. It accommodates all our pupils and staff and its regular services are almost the only occasions when the whole community meets together.

The Chapel is also is a venue for some of our concerts and other school events, and is always open for quiet thought and reflection.

The Chapel has a special place in the hearts of many of our former students, who often return to special events, and sometimes choose to be married or to have their children baptised here.

Charitable giving is an essential part of our work. Each year the Houses nominate a House Charity which they support throughout the year. We usually have a combination of international, national and local charities. Other events such as Mufti Days, auctions, fun runs and additional collections add to the annual totals.

Worksop College Chapel Choir was founded within two weeks of the opening of the College in 1895, and remains central to music at Worksop College, leading the weekly full-school services of Choral Eucharist and other special occasions in the magnificent chapel.

The choir provides an exceptional musical education for its members and over the years the College has trained a number of singers and organists who have gained scholarships at Cathedrals and the UK’s leading universities and Conservatoires, including Oxford and Cambridge.

The choir can often be heard singing services at neighbouring cathedrals and minsters such as Durham, York, Southwell, Lincoln and Ripon, and further afield at the Universities of Oxford and Cambridge and at the Gresham Centre in London.

Worksop College Chapel Choir undertakes frequent foreign tours. Previous destinations have included: Rome, Leipzig, Salzburg, Venice, Vienna, Tuscany, and Prague. Their most recent tour was in Flanders when the choir sang services and concerts in Antwerp and Ghent and led the Last Post ceremony at the Menin Gate.

In recent years the choir has also enjoyed collaborating with other choirs such as North Notts Chamber Choir, the Chapel Choirs of Jesus College Cambridge and Queen’s College Oxford, The Swingle Singers, Apollo5 and VOCES8. In December 2012 the choir was heard on a BBC Radio 3 live Broadcast of Choral Evensong singing with Caius College Choir and since then they have made two CD recordings.

The Chapel has organised overseas tours/pilgrimages in conjunction with the Classics Department. Recent tours have been to Rome and the Vatican and to Berlin.

Each year we appoint a Prefect of Chapel, a Prefect of Sacristy and other senior positions of responsibility from the Upper Sixth. Each House has a House Sacristan from the Lower Sixth (Year 8 in Portland), and these pupils are the Chapel’s representatives in each House. They are responsible for administration, charity collections, and other Chapel work.