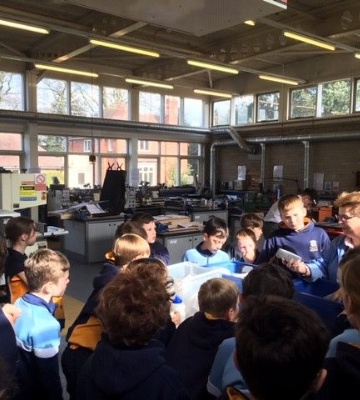 As part of their transition to senior school our Year 5 students took part in an Outdoor Education Day at the College on Monday.

Transition Co-ordinator, Mr Aidan Futter gives a rundown of what the pupils got up to:

“Well, what a day our Year 5 Ranbians had with us here at the College. Accompanied by Miss Farrier and Mrs Harper, the pupils experienced new and exciting lessons, whilst familiarising themselves with the staff and surroundings at ‘big school’.

The day began with an orientation game, locating various classrooms on a school map. They then moved in to the Theatre to ‘FREEZE’ Harry Potter style in their Drama lesson with Miss Grant. 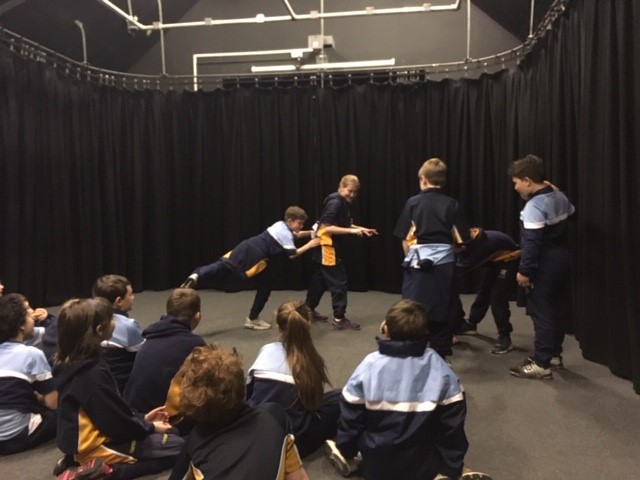 After a visit to the tuck shop and a quick run around at break time, the Harry Potter theme continued in Miss Phillips’ Music class. Students had to practise and perform a small piece of music using instruments and personal sound effects, after watching a small clip from the film as inspiration.

It was straight to the Design & Technology workshop next to finish the electric bugs had been started at Ranby. First, the pupils were shown some of the impressive design projects completed by College students. This included: minimalist chairs, modern style table lamps, Bluetooth speakers and sleek looking desks and benches. They also saw the 3D printers and laser cutter machines in action.

The Ranbians joined College pupils for lunch and by luck, it was ‘International Food Week’. Monday featured Japanese cuisine and it was great to see so many young people trying the Japanese fried chicken and Pad Thai with noodles and rice.

Outdoor Education was the theme of the afternoon with some team-building games and mountain biking. Mr Payne and Mr Smith kindly explained the concepts behind CCF and Duke of Edinburgh Award, and were on hand to lead various activities and exercises. Mountain-biking took us along the College’s yellow route; the daredevils among the group were brave enough to ride ‘the ledge’ and attempt the ‘humpback challenge’, going up and down some short, but fairly steep hills. 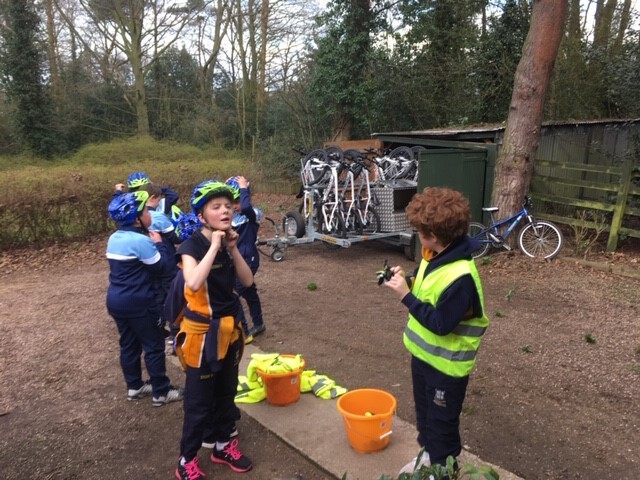 The day concluded with an optional tour of Portland House with its home-from-home comforts. Portland even has its very own music room for band or individual practice (the only house that has such a room), let alone a gaming room and a large kitchen/ snooker room with TV and comfy sofas!

Overall, it was a super day with lots of smiles. The group put in tremendous effort with the subjects they had never experienced before.”