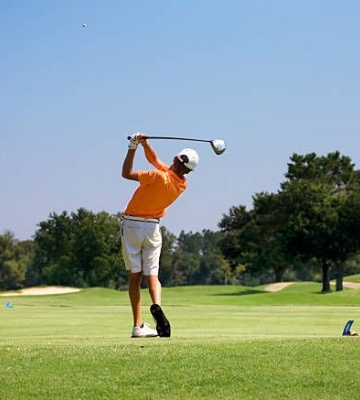 Last week, our golfers played brilliantly against Repton in the second round of HMC foursomes.

The day got off to a positive start, as we were fortunate to be blessed with a mild and dry day. In the first match, we were represented by Owen, Year 8, and Louis, Year 13, who took an early lead. They were able to cement a strong foot hold on the match, when Owen holed his pitch shot on the 8th hole for an eagle 2! From here the boys were able to see out a convincing victory winning 6 and 5.

In the second match Joe, Year 10, and Reuben (Captain), Year 10, were not so pleased with the start of their game, thanks to some uncharacteristically wild shots. However, they showed great resilience which saw them to make their way back into the match and 3 hole lead through 9 holes. From here, their experience and determination allowed them to play some solid golf and the victory never looked in threat again, eventually winning 5 and 3.

In the final paring, Joris (Year 12) and Will (Year 9), had a very close match with only one hole in it for a long time. Finally, consistency from the Worksop pair paid off on the back 9, and they came through with a 4 and 3 victory.

Mr Cook, Director of Golf, said "you would be forgiven for thinking that shot of the day should belong to Owen for holing his second shot on the 8th for eagle, and it may well have been. However, I’m sure Will would have something to say about that, after a beautiful shot from 160yds to 6 feet on the 9th hole, to a difficult pin position, which won at what was a pivotal moment in the match."

Well done to all our golfers!