To have one of our Old Worksopians playing Hockey for Great Britain is no mean feat, but to have four, well, that’s simply unheard of!

What a proud moment for Worksop College as the 20 strong GB Hockey team is unveiled ahead of Saturday’s matches against Argentina and Belgium. Captain Adam Dixon (S 03 – 05) will be joined by fellow OWs Sam Ward (T 05 – 06), Ollie Willars (Pt 05 – 09) and Tom Sorsby (Pt 13 – 15), as they play their matches at the Lee Valley Hockey and Tennis Centre on London’s Queen Elizabeth Olympic Park. An extra special moment for Tom, as he comes in to an FIH League squad for the first time, potentially making his international debut.

The games will take place on: 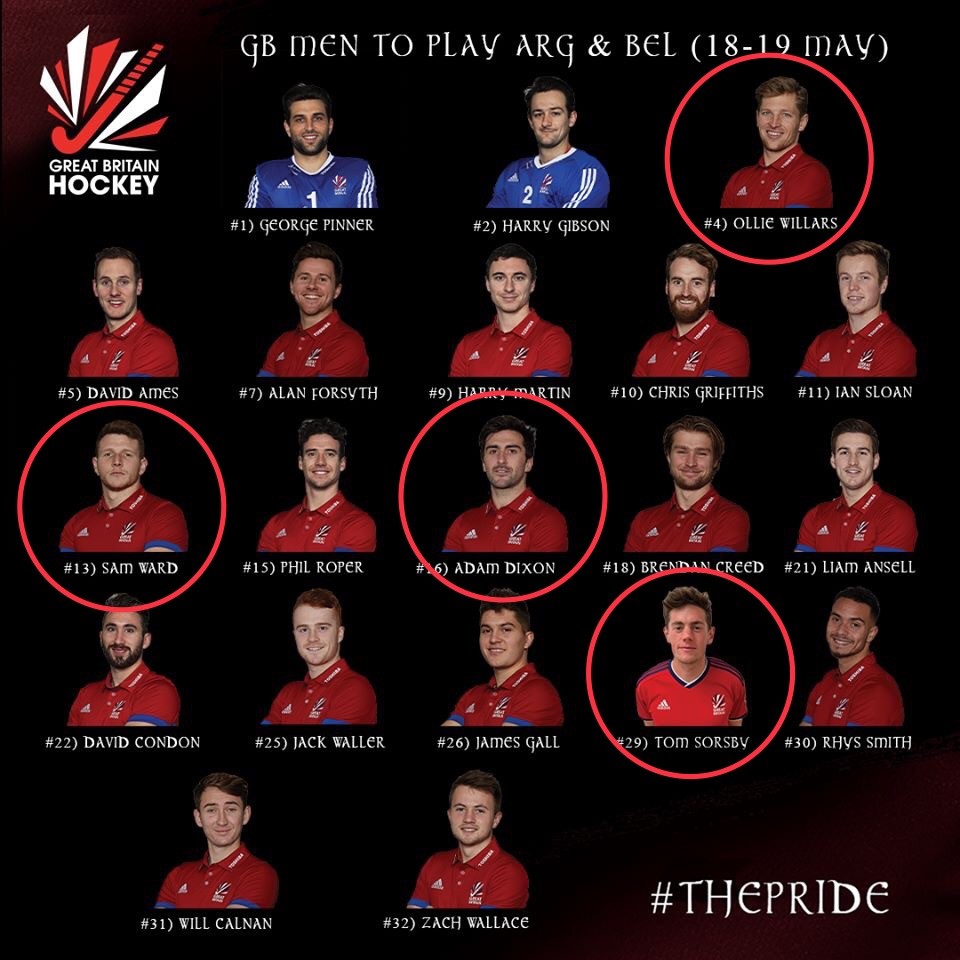