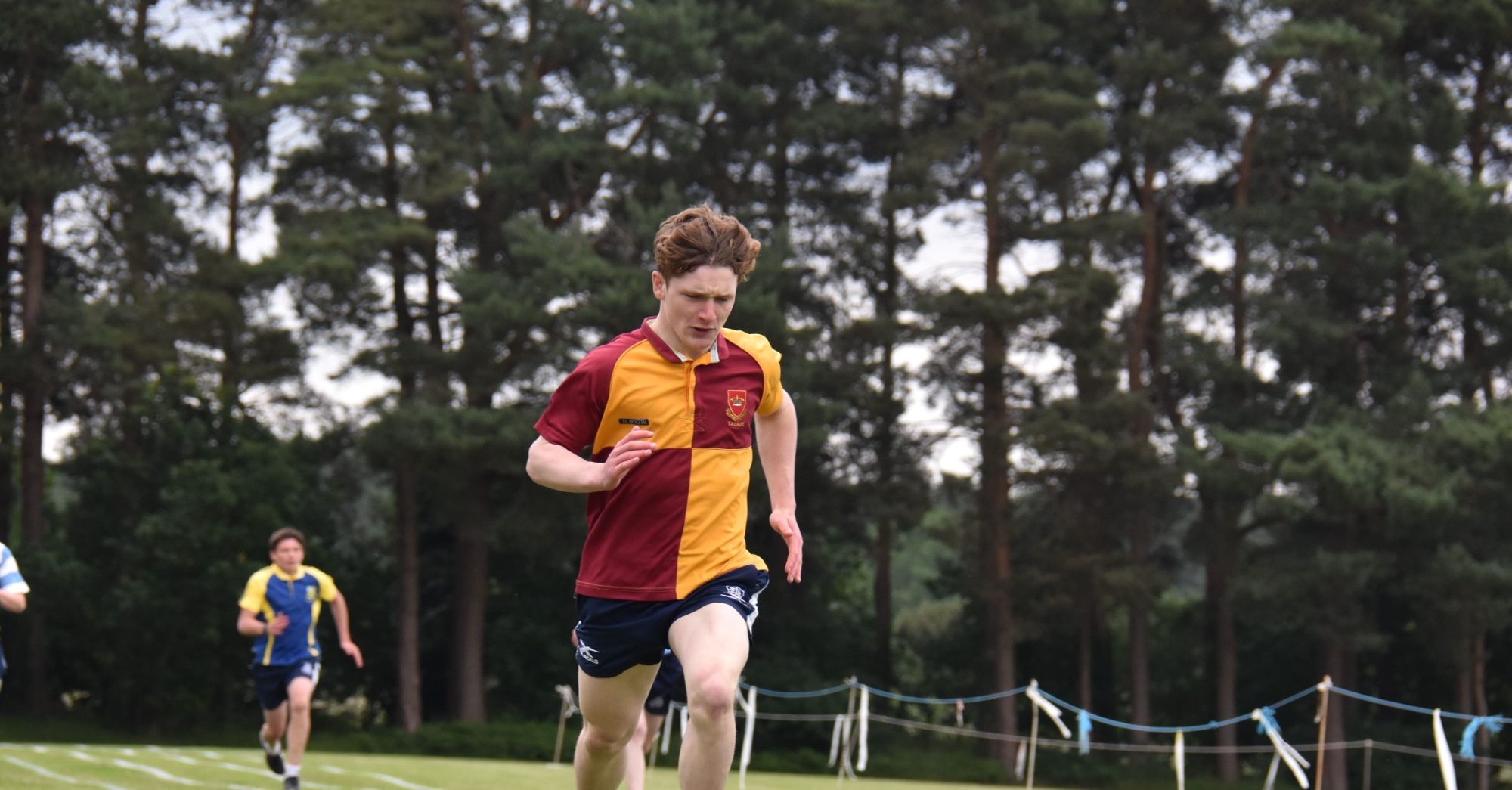 Talbot House, formerly Crown Dorm, is a House that seeks to shape its students into resilient, confident and socially aware people who go into the world and have the skills, qualifications and breadth of understanding to build a successful career and life thereafter. Through our ‘Talbot’ values, we hope that all Talbot Boys become more rounded people who represent Talbot positively in a multitude of areas both in and out of the school.

Talbot is known as the ‘Friendly House’ and the Housemaster believes that creating a warm, caring atmosphere is paramount for the success of the individual – if a boy is happy in the environment in which he lives, this will spill over into other areas. It is a place where every boy is encouraged to try new things, find their niche and make the very best of their talents through hard work with an emphasis on togetherness. Its ethos is simply to care for each other and give your best regardless of your skill set or background. We often say that Talbot will always be there for its pupils, even if at times in their school career, they are not always there for it!

"You should always be yourself, in Talbot you are accepted for your strengths and weaknesses – there is no point trying to be someone you’re not. Always give it your all and never give up, even if it’s not something you’re very good at."

Tradition and History - Appreciate who and what has gone before but aim to improve year on year.

Accepting and considerate of others - Embrace the differences that make us all unique.

Learn from your mistakes - Errors never define you, your response and how you overcome them does.

Believe in yourself - Have faith in your abilities, achieve all you can and never give up.

Offer help and support to others - Enable and assist everyone to be the very best they can be.

Talbot ‘through and through’ - Contribute positively and always give what you can to the House.

“As an aspiring elite cricketer, Talbot and the boys within the House have given me the academic support, confidence and help to allow me to try and be the very best I can. The opportunities in this school are endless; you just have to grab hold of them with both hands”

Talbot is renowned for its participation in the annual House Song competition, which never fails to impress in terms of energy, quality and appearance. Over the years, the Talbot Common Room has seen Talbotians attempting to learn a carefully choreographed(!) dance routine, including the legendary ‘Talbot Step’, whilst belting out classic songs from the likes of ABBA, The Vengaboys, Steps and Katy Perry. Although this is not an inter-house competition, the Talbot boys are firmly encouraged to ‘dance like nobody’s watching’ and always strive to produce an entertaining and high-energy performance that everyone will remember.

Talbot House is adjacent to the Chapel and we pride ourselves on being engaged in this area of school life and our charitable giving to local organisations such as; Bassetlaw Food Bank, Hope Community Services and Rhubarb Farm. The House’s giving nature is illustrated by the fact that the House Sacristan records one of the largest collections each term. Our fundraising methods include; the House Dinner raffle, weekly chapel collections and sponsored activities organised by the students. Notable recent fundraisers that have contributed to Talbot’s charity efforts were a one day John O’Groats to Land’s End cycle for the Aurora Wellbeing Centre in Worksop and the #Talbot2021 Challenge (run, walk or cycle a collective total of 2021 miles) for The OddBalls Foundation.

“I settled into Talbot quickly and I rapidly realised this was the House for me. It feels more like a family than anything else. That’s what Talbot means to me – Family.”

One of the key events for Talbot is the annual House Dinner that is held in support of Talbot’s chosen charity and to celebrate the House’s achievements during the year. It is a fully pupil led event with many of the boys contributing to its organisation and delivery. The sourcing of raffle prizes, the design of the menu, organising the seating plan and the arrangement of musical entertainment are just some of the jobs they undertake. The evening itself consists of a three course meal, musical entertainment by the pupils, the infamous ‘heads and tails bingo’ and a raffle with prizes generously donated by parents and friends of Talbot House.

Talbot thrives on coming together and Talbot’s focus is on inclusivity; we play for enjoyment. Some have even gone so far as to call Talbot the “laid back” House and yet In-House nights are used to their full advantage by weekly visits to the Sports Hall, Swimming Pool, Churchill Hall or Food and Nutrition room. Here, activities include 5-a-side football, paper aeroplane golf, cooking and dodgeball.

Talbot has a proud History of academic success. A large number of Talbot boys receive academic credits and Head’s Commendations each week and in the course of an evening’s prep session, it is commonplace for a member of Year 9 to seek guidance from an older member of the House who is continuing with their subject at A-level.

The climax of the term is undoubtedly the end-of-term assembly where the whole House celebrates the House’s achievements throughout that respective term. House Colours; Junior, Half and Full colour ties are awarded and speeches are made by the members of the sixth form leadership team regarding their exploits and highlights.

“There is no doubt that Talbot has been a second home for me as a full boarder. The House and the boys within it never fail to pick me up after a tough day in the classroom. As an overseas pupil, I have made lifelong friends. It’s much more than school, it’s a way of life”

It is important to remember the past and Talbot aims to promote its strong and rich tradition and history. Talbot was one of the original four Dorms when the College opened. Initially, in 1895, with 44 new boys, there were just two Dorms called the Headmaster’s Dorm and School Dorm. Before long, as the size of the College grew, so did the number of dorms and quickly two dorms, the now named Cross and Fleur de Leys became four, with the addition of Lion in 1896 and Crown in 1897. In 1930, under Canon Shirley the Dorms were renamed as Houses. Crown Dorm became Talbot House in honour of the service of the Revd. Arthur Henry Talbot, the College’s second Provost who remained in the post from 1897 to 1927. The Talbot House crest today retains the Crown at its centre and the House is still regularly referred to as ’The Crown’ along with #UTC (Up The Crown) commonly appearing in social media posts on Talbot’s Twitter and Instagram profiles.

“As a new boy in the Lower Sixth, I was welcomed with open arms. Talbot gave me the confidence to lead others and I am proud to say that I have been the House Captain of such a historic House.”