"The evening, complete with musical entertainment, several speeches, a charity raffle and a few rounds of the House favourite ‘heads and tails bingo’ was a great success. The effort put in to plan such an event by the boys of Talbot House was positive to see, especially with people in the junior year groups stepping up to help. Students took the lead on planning and organising the whole event, with little input from the Housemaster, Mr Hill. 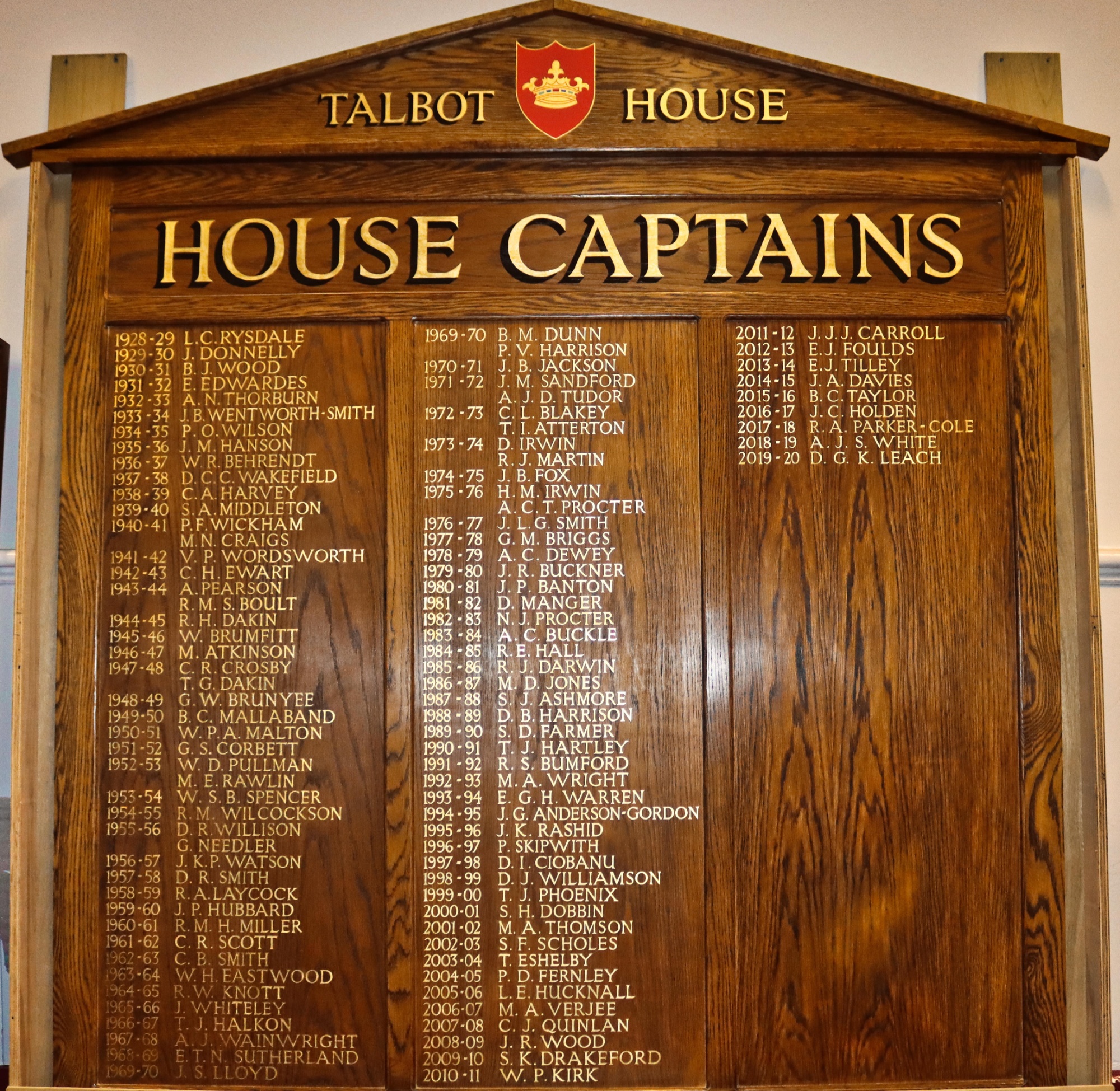 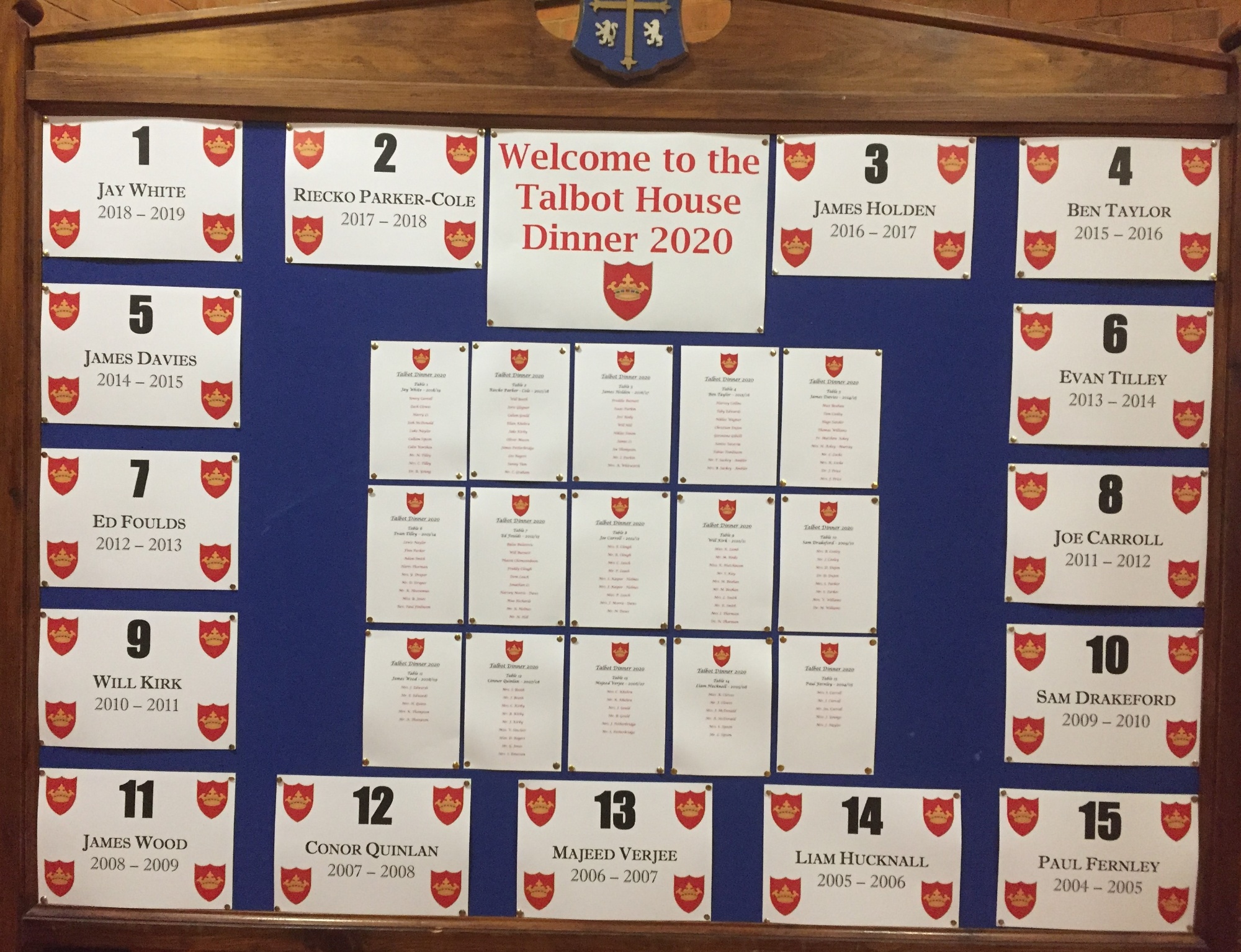 Drinks and canapés were served at the start of the evening, giving pupils, guests, tutors and parents a chance to mingle and catch up. After everyone had taken their seats and Father Matthew had said grace, I invited everyone to ‘Be Our Guest’ and took to the stage to perform, previously playing Lumiere in the College’s production of Beauty and the Beast. The starter and main were served and the first rounds of ‘Heads and Tails Bingo’ began.

Speeches were given by Mr Hill, House Captain Dom Leach and Talbot parent of eleven years Mrs Sarah Kaiper-Holmes (Dom’s mum). All three speeches, despite being written independently, spoke about the supportive and caring nature that Talbot prides itself on and the responsibility that everyone has in order for this to continue long into the future. This was Mr Hill’s first House Dinner as Housemaster and he used his speech to, not only thank Mr Parkin (the previous Talbot Housemaster), for all his efforts during his time in the House but to also announce the founding of ‘The Ian Parkin Award’. The award will be presented at the end of each academic year to a member of the Upper Sixth who has made the biggest all-round contribution to Talbot and upheld its values throughout their time in the House. We feel this is a very fitting way to acknowledge and recognise the various contributions that Mr Parkin has made to Talbot over a number of years. 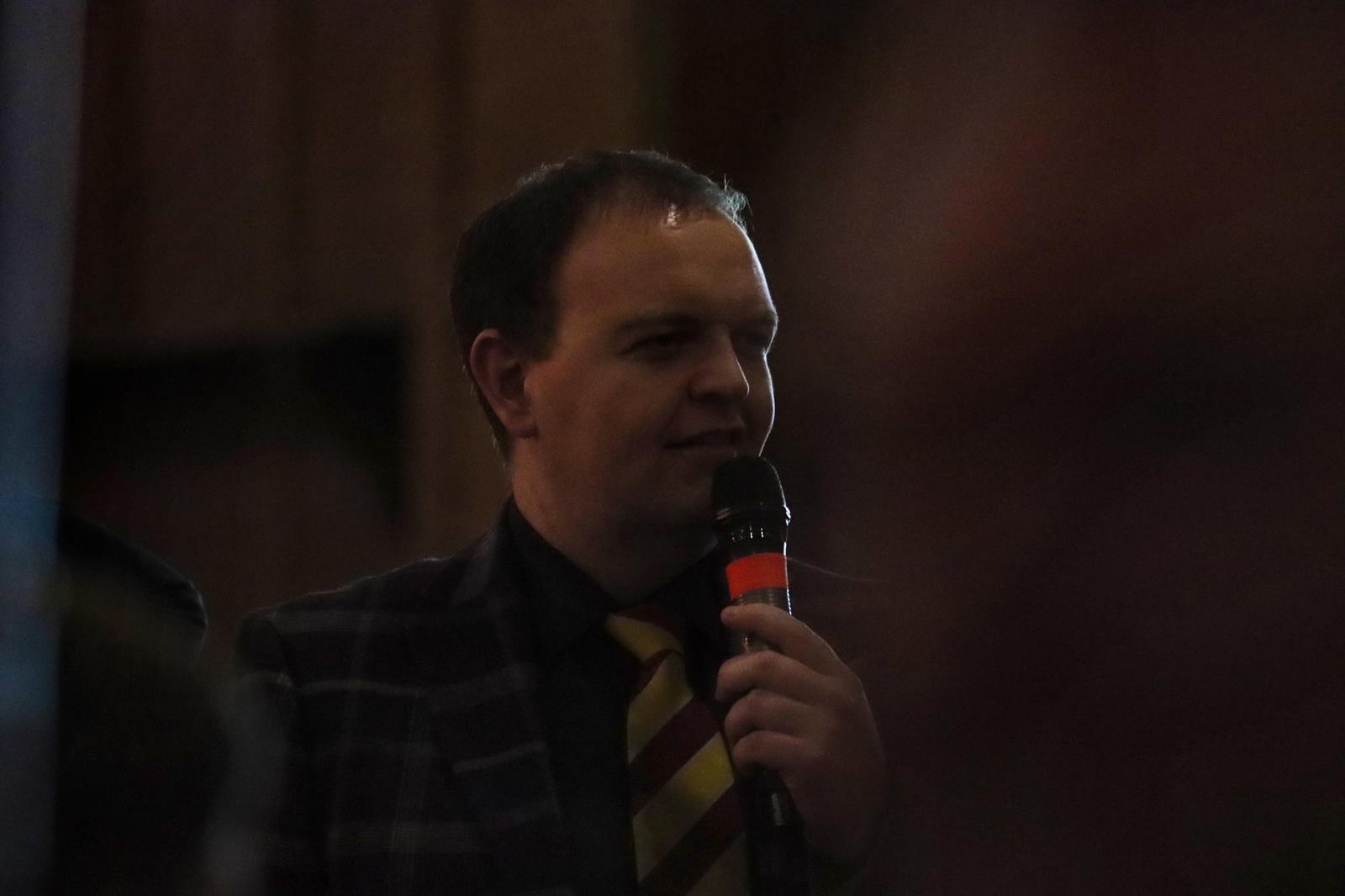 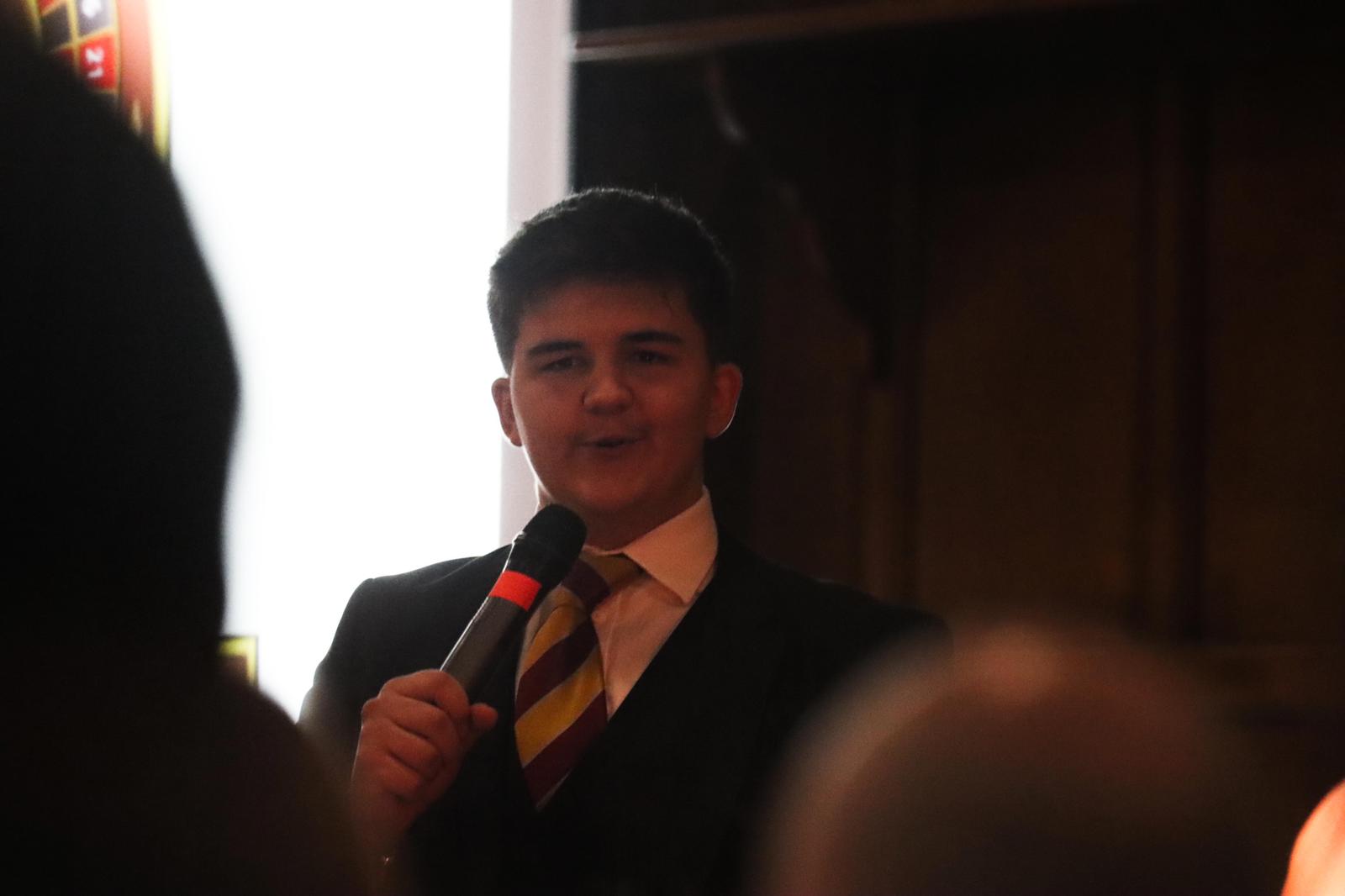 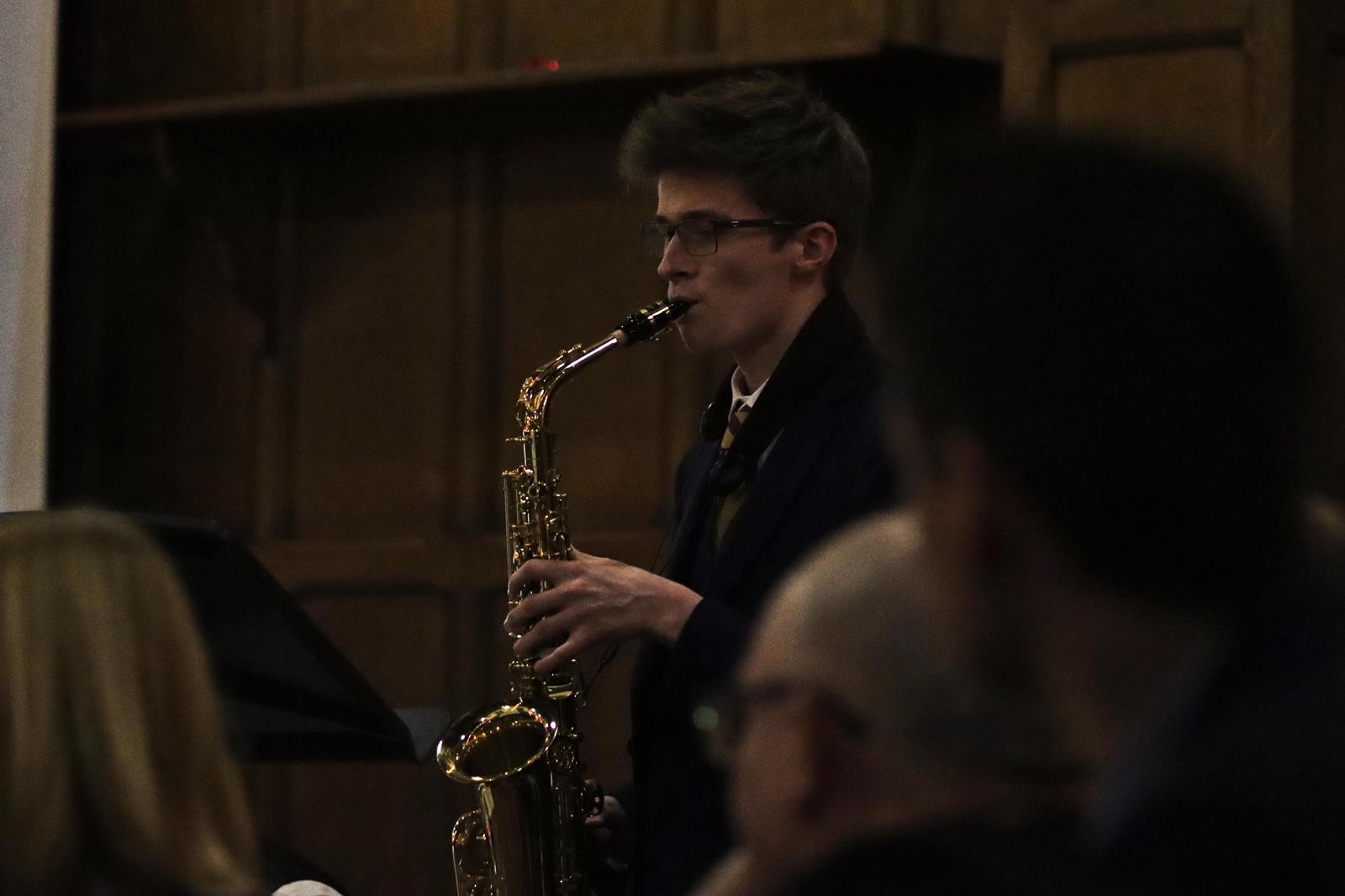 Musical entertainment was then showcased, including an arrangement of Toto’s ‘Africa’ for Saxophone and Piano, and Joe Thompson played the evening out with some Billy Joel. The charity raffle was drawn which included prizes such as, a haircut, tea for two at Aston Springs, a range of skincare products, a paintball party for 12 and even four hospitality tickets for Stormzy in Birmingham! Money raised from the raffle will be donated to this year’s chosen House charity, Muddy Fork in Retford. The charity helps people improve their wellbeing and mental health through volunteer conservation and wildlife gardening in Nottinghamshire. Overall, we raised around £1000 and this will be presented to the charity next term.

This year’s Talbot Dinner was extremely successful and all who attended thoroughly enjoyed their evening. The whole event, including planning and delivery, gives the Talbot boys a chance to develop skills in leadership, management of budgets and event organisation, all of which are crucial in the future. Thanks must go to everyone involved for making the night as wonderful as it was and to the Lower Sixth especially for taking the lead in this year’s planning."