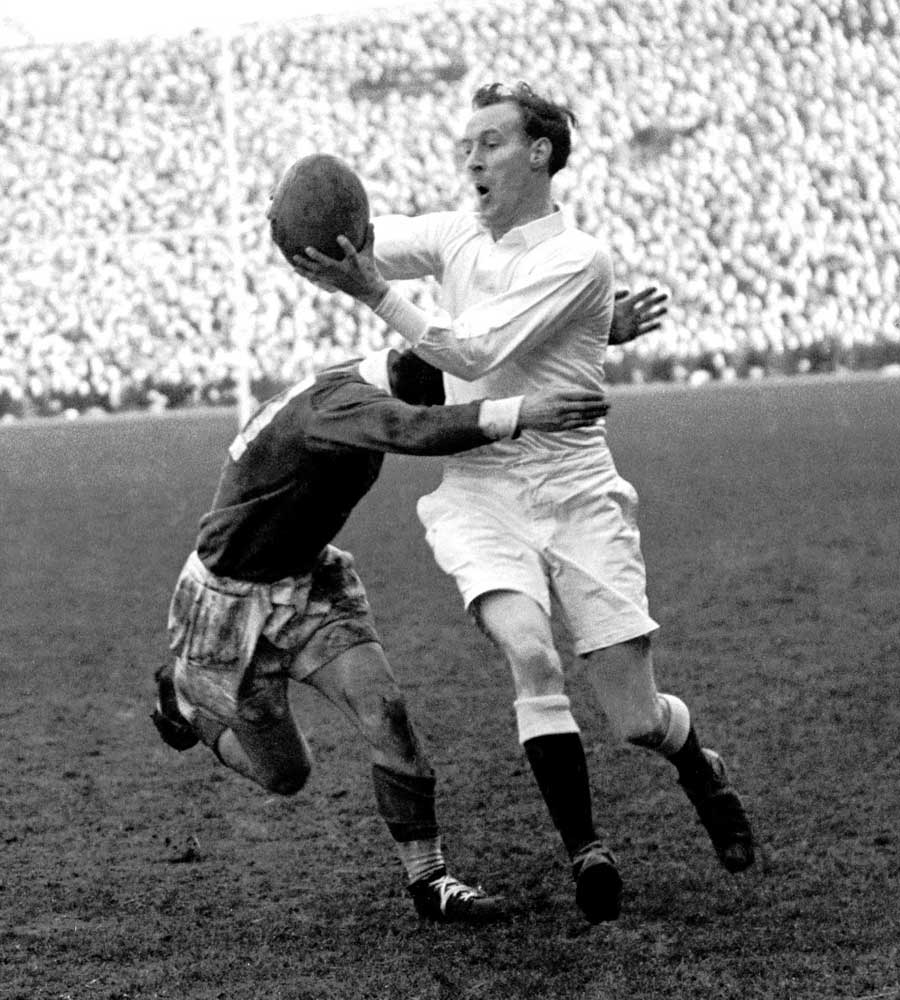 Whilst at Worksop College, Nim was widely regarded as one of the finest schoolboy rugby players of the early 1940s. A master of the drop-goal, Hall forged a successful career for England as fly-half and Captain.

Making his international debut on 18 January 1947 at Cardiff Arms Park in the Wales vs England match – of the 17 matches he played for his national side, he was on the winning side on nine occasions.  Nim played his final match for England on 12 February 1955 at Lansdowne Road in the Ireland vs England match.