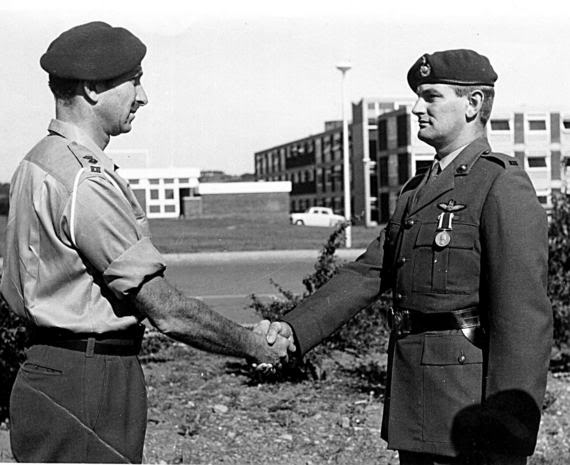 The only Commandant General to have served in the ranks as a Marine and, at 49, the youngest Royal Marines Officer ever to be promoted to Lieutenant-General.

John retired in 1981 and was Her Majesty’s Marshal of the Diplomatic Corps in the Royal Household of the Sovereign of the United Kingdom from 1982 to 1991.